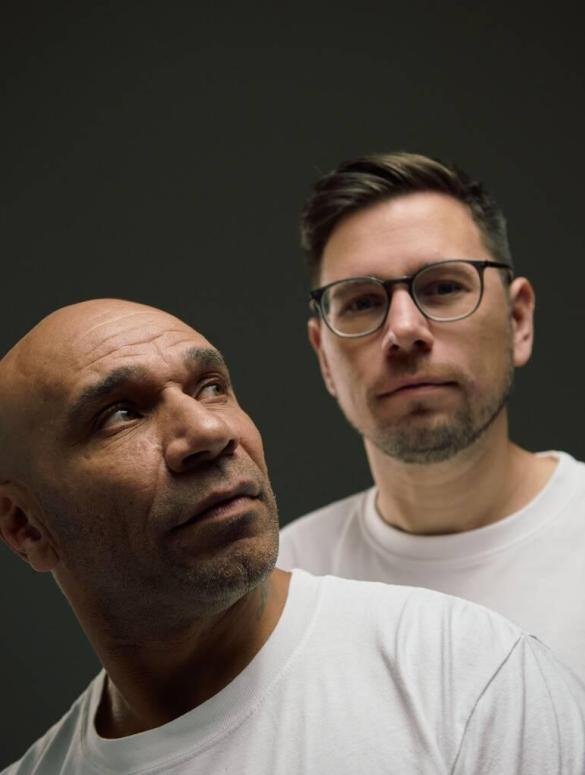 Goldie, the legendary DJ and producer, and James Davidson, the revered engineer, and producer, have released two brand new tracks under the moniker SUBJECTIVE, which will be released by Three Six Zero Recordings/Sony Music – listen now.

The back-to-back tracks cover a wide range of genres and themes, starting with drum & bass and techno and progressing through dark influences. Pulling in unique club energy, the arrangements feel like they would be just as much at home in a darkened room full of people as much as they would be with a solo listener lost in their headphones.

’Fathoms’ was about having fun with a hybrid of techno, making it more dynamic, in the way that techno stays very linear, we wanted to have something that moved and gave it a little bit more of a soulful experience; and ‘Dassai Menace’ can be interpreted in so many different ways, it can take you to a dark aggressive place and equally you can be carried away with it’s hypnotic washes of lush chords and arpeggios. That’s the beauty of it. – Goldie and James

After being handpicked by Virgil Abloh, Dassai Menace also appeared in the Louis Vuitton SS22 fashion film ‘Amen Break,’ which you can watch here, with Goldie walking in the accompanying catwalk show. Subjective is the result of producer James Davidson’s creative partnership with DJ, producer, and musical icon Goldie, and it’s the pair’s most collaborative project to date. The tracks are from a forthcoming project, and there will be more music before the end of the year.