‘Olympia,' an album steeped in Greek mythology, is an eclectic and euphoric mix of past and present, a celebration of musical worlds colliding, with 90s house seamlessly blending with 2020's finest pop. 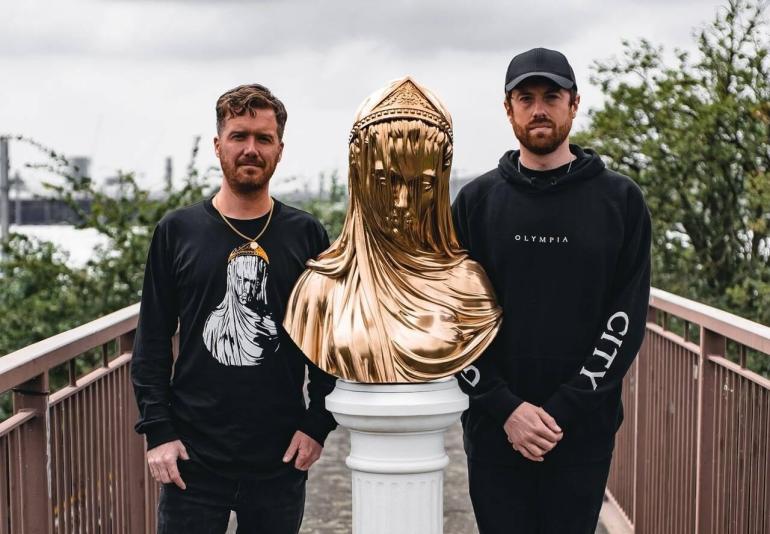 Gorgon City, a well-known British production duo, has announced their third album, ‘Olympia,’ (stream and download here) which has been released on June 25th, 2021 via Positiva/EMI.

The new album, which features euphoric house piano, seamless vocal chops, and an ever-evolving bassline, is the ideal introduction to their latest body of work. With Kye now residing in Chicago, the birthplace of house music, and Matt remaining in London, the creation of ‘Olympia’ marked a career first for the duo, as they produced the album from opposite sides of the globe – but that hasn’t dimmed their light.

Olympia is an eclectic, euphoric mixture of the past and the present, an album covered in Greek mythology; it’s a celebration of musical worlds that mix up 90’s house seamlessly with the best pop in 2020. “Olympia” is a collaborative work that showcases the strength of Gorgon City to discover and develop genre and varied vocal talents. There are features from an incredible roll call of exciting new talent in the form of Rose Grey & Aura James, alongside past collaborators Josh Barry, Sofi Tukker and DRAMA.

With this record, we’ve definitely gone more clubby and have been inspired by the big shows that we played before lockdown. It’s a bigger sound and lyrically it’s different for us – Gorgon City

This album celebrates escape and exploration topics that ultimately make social freedom a reality. ‘Olympia‘ is a collection of works from the duo over recent years and a deeper examination of sounds, experiences, and emotions that have influenced their lives and their work. ‘Olympia’s massive sonic palette is noted for its broadness of music which was exposed while touring pre-covid.

Wow, not gonna lie, this past year has been an absolute mess. We went from non-stop chaos to a screeching halt without any warning at all. During what was the most difficult year of our career, we’ve managed to create something that we are extremely proud of. Our yearning to bring big crowds of people together again is what inspired ‘Olympia’. As we all move into a hopeful, new chapter in our lives, we hope that this album inspires you to dance and smile and connect and do all of the things that we’ve all missed so much. –  Gorgon City

Gorgon City, who formed in 2012, have sold over 10 million singles and surpassed 1.5 billion streams. While the duo has had chart success with songs like “Ready For Your Love,” their sound is rooted in club culture and designed for live performances. Many songs are put through their paces in clubs before being released on an album. The duo thrives on stage, with incredible performances at Coachella, EDC Vegas, and Israel’s Get Lost Festival, as well as sold-out shows at iconic UK venues like Printworks, Warehouse Project, and Tobacco Dock in 2019.

With the release of ‘Olympia,’ upcoming live dates, and more exciting news to come, the future for one of dance music’s most celebrated duos is becoming an increasingly exciting prospect.