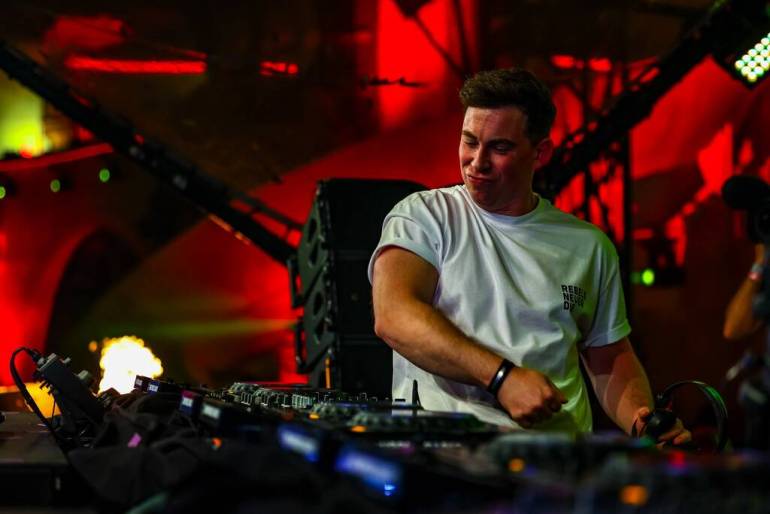 Multiple-times #1 DJ in the world Hardwell returned after a period of hiatus on the Tomorrowland mainstage. His 2022 performance at the iconic festival has been everything but what you would expect from him; a completely new style packed with hard-techno beats, hypnotic and electro-rave synths, and non-stop percussions.

Hardwell’s last appearance at Tomorrowland is dated 2018; he then announced his retirement for a not-specified long period that ended just months ago, with the big return at Ultra Music Festival. He also started a world tour called Rebels Never Dies with stops basically on every major festival and clubs in Europe. The tour coincides with the release of a new album, presented in the form of singles; at the moment ten new tunes have been released since Hardwell’s come back.

After four years, Hardwell returned to Tomorrowland as well with a stellar performance. He opened his set with the official intro, Into The Unknown. He then dropped the first ID of the night, Laser. Only 7 minutes have passed since the beginning but the second ID is already out there from the 7th minute. Surfing between classics such as his collab with MAKJ Countdown and the Rebels Never Die rework of Spaceman, Hardwell also dropped something completely unexpected.

Watch Hardwell set at Tomorrowland 2022 including the fireworks show

If you would have told us back in 2016 that Hardwell was planning to play techno, we won’t have believed you. 2022 is a completely new year, and definitely, a new era for the Dutch legend as he played Charlotte de Witte and Enrico Sangiuliano’s remix of The Age Of Love (at least the main top melody). He also dropped some classics such as Swedish House Mafi Don’t You Worry Child and Benny Benassi’s Satisfaction.

He even played an ID remix of ABBA’s iconic hit Voulez-Vous.