Have a look inside Avicii’s cube and new TIM album

Have a sneak peek of the new Avicii's TIM album thanks to our visit at the Avicii's cube in Sao Paulo, Brazil. 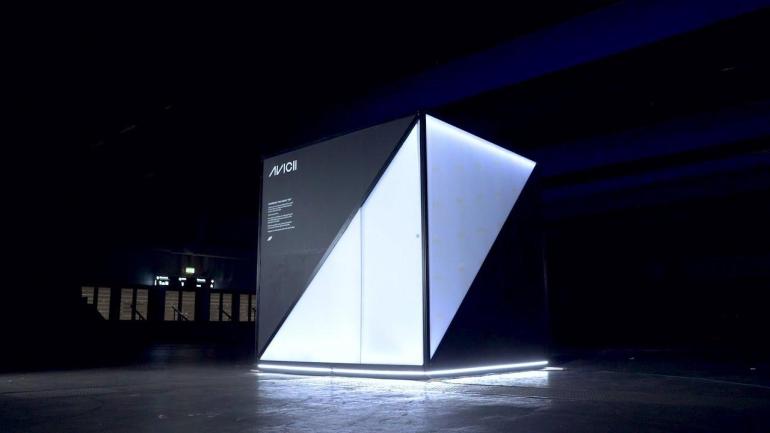 With less than a week left for the official release, people are getting excited for Avicii’s new album TIM. To connect people enjoying Tim’s music, the Tim Bergling foundation in collaboration with UMG have launched the Avicii’s cube campaign. Today and tomorrow, on selected cities around the world you will be able to have a preview of TIM album.

We went to the one in Sao Paulo, Brazil, to have a look at the installation.

As the photo on top of this article shows, the big black cube features Avicii’s logo on two faces. On the front one a written quotes:

EXPERIENCE THE ALBUM “TIM”
Avicii’s music was the soundtrack when we fell in love, when we made new friends and that time we dance all night.
Avicii connected us.
Around the world there are cubes just like this one. Walk inside an place your hand on the glowing Avicii symbol.
When the symbols in two cubes are touched at the same time both cubes will activate.
Together you will experience the new Avicii album.
◢◤ 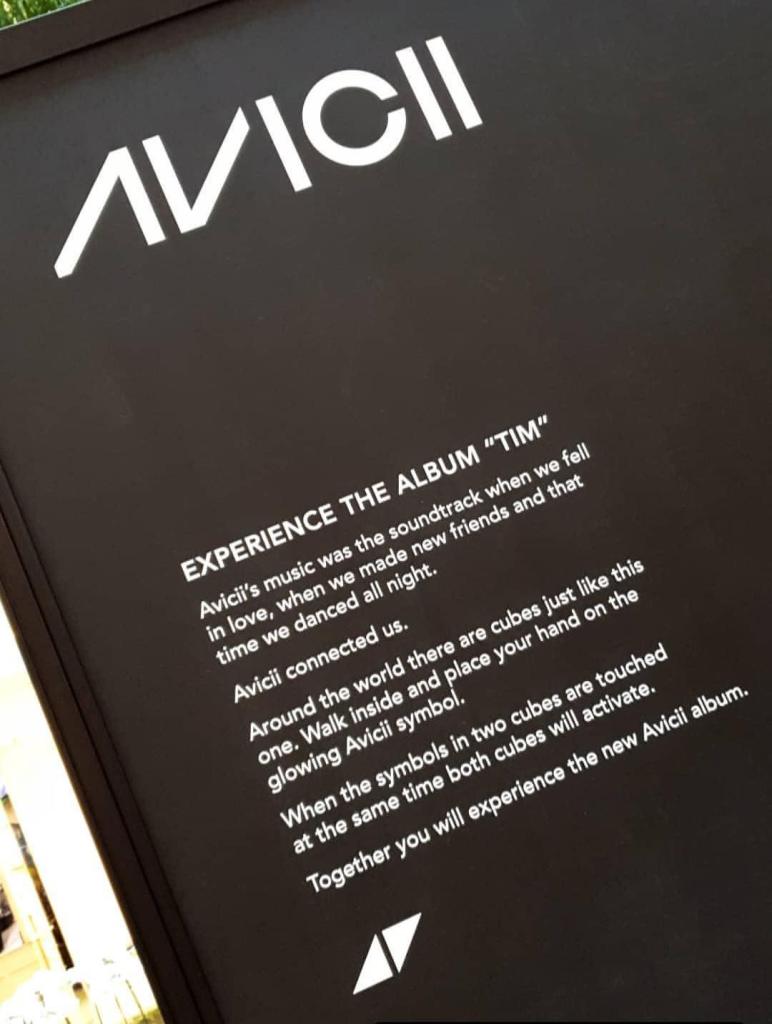 Below you can find the whole video of our experience inside the cube.

Avicii’s TIM album will be out on the 6th of June, next Friday. The first two extracted from the album are available now as well as the full tracklist here.