Highly Sedated return on SIZE with ‘Don’t Be A Victim’ 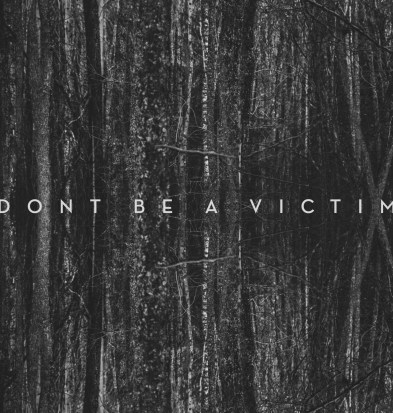 Swedish electronic band, Highly Sedated, after their ‘Revolution’, is back on Steve Angello’s SIZE Records with a brand new single titled ‘Don’t Be A Victim’.

Their new record, ‘Don’t Be A Victim’, seems to be part of a series of releases or, even better, an EP that it’s been releasing single after single. We’re saying this because, first of all, the cover art follows very detailed the previous one of ‘Revolution’ and because, in the past, SIZE has already released EPs in separate parts (you can see the Lugovskiy‘s series as an example).

Anyway, despite this speculation we’re making, Highly Sedated ‘Don’t Be A Victim’ is the 6th single on SIZE Records. It features harder vibes compared to the previous releases and, it may be considered more similar to ‘Flashing Lights’, the collaboration with Steve Angello, instead of ‘Revolution’, for instance. It features wide and deep bassline filled with hard percussive rhythm and the peerless Highly Sedated signature vocal. The track is a pure electronic beauty, the kind of tune we like the most.

Above & Beyond to bring Group Therapy 500 in Los Angeles

Swedish electronic band Highly Sedated is back on Steve Angello’s imprint with new single ‘Don’t Be A Victim’.

At the moment there’s a debate on SIZE dedicated forum and the online groups about the vocal on the track because, according to some fans, the track contains too many vocal parts. We agree in part: if on the one hand, it is true that almost the whole song contains sung parts, on the other hand, this is the style of the band and the vocal part is one of their signatures. This doesn’t mean that an instrumental version of ‘Don’t Be A Victim’ would not be welcome.

Despite this small concern about the record, ‘Don’t Be A Victim’ is another gem in the SIZE catalogs that, with the series of releases by Lugovskiy, this new tune by Highly Sedated and the more classic club bangers as Raiden’s ‘Glory’, it continues to be one of the most dynamic music label in the industry.

‘Don’t Be A Victim’ by the Swedish electronic band Highly Sedated is currently out now worldwide via Steve Angello’s SIZE. Check it below.[/vc_column_text][vc_video link=”https://www.youtube.com/watch?v=9mmzGFDQSPI” align=”center”][/vc_column][/vc_row]