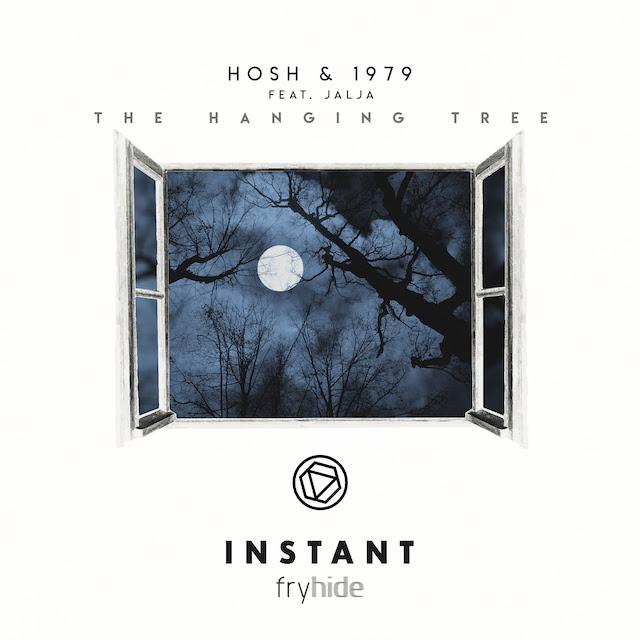 "When 1979 sent me an instrumental it made a click and in my head, I heard the hanging tree vocal on top of it. It turned out it was a perfect match"

Kicking off with the incredible Jalja vocal, Midnight (The Hanging Tree) starts to increase its energy thanks to a wide and catchy baseline. A scintillating slice of melodic house sees HOSH and 1979 craft a sparse, emotive soundscape that lingers long in the memory. With its magical melodic arpeggio and the mystical beats, the record is a sonic journey between progressions and deep vibes.

This track happened like a magic call, – HOSH explains – When 1979 sent me an instrumental it made a click and in my head, I heard the hanging tree vocal on top of it. It turned out it was a perfect match, so I took it from there, made my adjustments and re-recorded the vocal with the talented Jalja.

The track features a stunning music video as well; it sees Tim Burton-reminiscent animation that acts as a perfect visual representation of the track’s eerie yet emotive vibe.


Previously released exclusively on Beatport in December 2019 Midnight (The Hanging Tree) reached #1 in Melodic House and Techno Tracks playlist. It currently sits at #2 in the main Beatport Chart. The track has now been picked up by Radio 1 selectors Annie Mac as this week’s ‘Hottest Record’ and was previously Pete Tong’s Essential New Tune, the first of the decade. The release coincides with HOSH’s set at Berlin’s Watergate on 11th January.

Midnight (The Hanging Tree) Feat. Jalja sees HOSH and 1979 deliver another masterful track that’s destined to strike a chord with discerning electronic music lovers. Download it via this link or check below the stream.