2019 marks the 6th edition of Iceland’s Secret Solstice. Running over the midnight sun weekend with 72 hours of non-stop sunlight, the festival will kick off June the 21st. The main festival, located at Laugardalur, Reykjavik, Iceland, will be followed by a new off-site after-hours programming, Ragnarök.

Welcoming over thirty new acts to its artist lineup, Iceland’s Secret Solstice will be headlined by Martin Garrix. Also announced are California’s house and techno partystarters Desert Hearts with Mikey Lion, Lee Reynolds, and Marbs as part of their debut European tour as well as Bill Patrick, Patrice Bäumel, No Regular Play (live) and many more including a plethora of talent from Iceland’s burgeoning music scene.

Iceland’s Secret Solstice runs parties inside a glacier, with Martin Garrix and MK, and a lava tunnel.

Besides the main festival, Secret Solstice 2019 runs to incredible side events: a 100 people only party into Langjökull, Europe’s second largest glacier, with Martin Garrix and Marc Kinchen (MK) and a walk along paths that once flowed with lava, featuring specially curated Icelandic artists whose sound illuminates the lava walls.

With nearly 100 international and domestic acts announced, Iceland’s Secret Solstice festival is a once in lifetime musical experience. Surrounded by Iceland’s natural beauty and new off-site programming Ragnarök, Secret Solstice is the perfect festival experience for music lovers and adventure seekers looking to explore all the Nordic country has to offer.

Mixing the incredible lineup with Iceland’s breathtaking location, Secret Solstice offers one of the most unique music festivals experiences in the world.

Festival tickets and full tour packages are available through the Secret Solstice website. 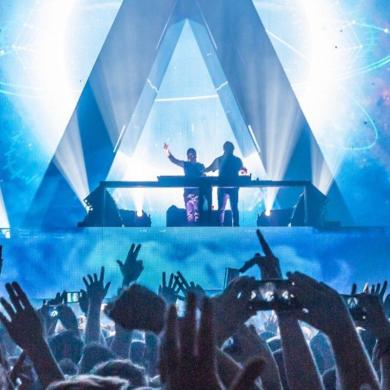