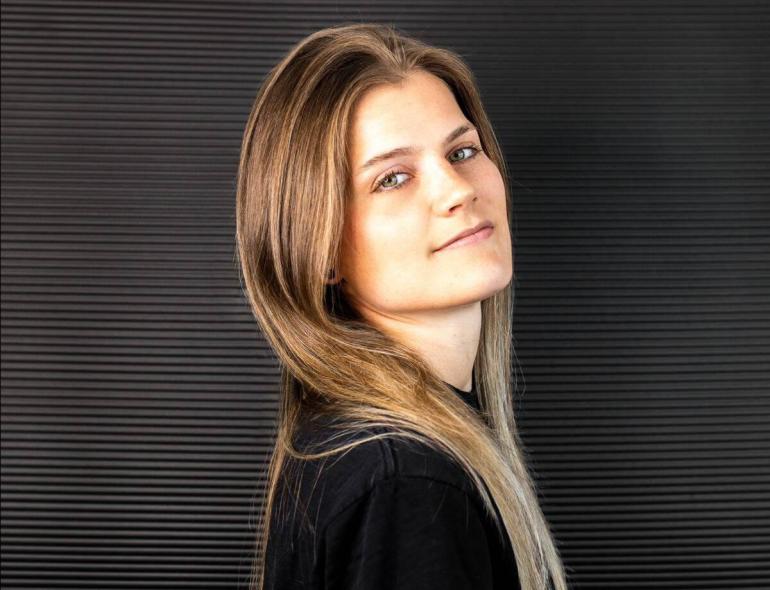 J. Worra, LA-based DJ and producer, has a global following thanks to her unique perspective on house music. J. Worra’s new EP, some ppl fall, out now on Club Sweat, continues to move and shake dancefloors. The album includes the previously released singles “some ppl fall” and “Chunk Funk,” which have received praise from tastemakers such as Diplo and Gorgon City, as well as the new hit “YOU,” which features Cat Connors.

The EP opens with “some ppl fall,” a dance floor groover constructed around off-beat claps and disco-esque synth stabs that showcases J. Worra’s aptitude for reusing appealing vocal samples. With “Chunk Funk,” the acclaimed hitmaker uses an irresistible funk-filled bassline while drawing inspiration from Chicago house and jackin house sounds to amp up the pace. “YOU” feat. Cat Connors, the third and final track, begins with a classic house influence and features Cat Connors’ appealing, soulful vocal, before transitioning into a thumping, tech-inspired sound.

J. Worra has had a successful career thus far, garnering praise from influential publications such as Insomniac, DJ Mag, and Mixmag. Her skills as a DJ, and talent in the studio have secured releases on noteworthy labels Realm, Techne, Thrive, Mau5trap, Insomniac’s In/Rotation & Dirtybird, plus landed her official remixes for Kaskade, Deadmau5, GRiZ, Felix Cartal and Kyle Watson. J. Worra celebrates a year of consistent standout dance music with the release of her EP, Club Sweat. Her momentum will carry her through the remainder of 2021, with 27 shows in the United States.

Jamie will be remembered as someone who pushed boundaries and made a positive impact on the world as her meteoric rise continues, all while cementing her reputation as one of dance music’s most authentic musicians, delivering diverse house records for old and new school heads alike.

Club Sweat has released the ‘some ppl fall’ EP; download and stream here.