Joe Stone returns on Spinnin’ with ‘Bug A Boo’ + Interview

Dutchman Joe Stone has returned to Spinnin’ main label with the brand new housy single ‘Bug A Boo’; this is why we have reached him out for an interview about the new track. 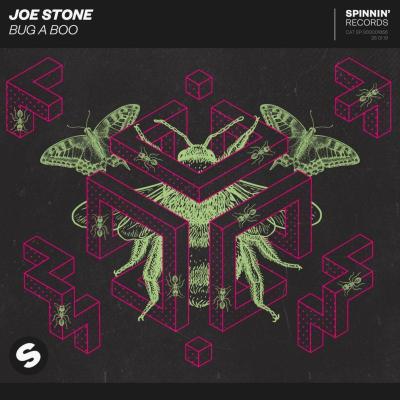 Joe Stone is certainly not a new entry in the dance music field; he debuted on Spinnin’ more than three years ago with ‘The Party’, a track that rapidly became a hit of the period. ‘Bug A Boo’ is Joe Stone brand new release and it combines Joe’s signature sound made by housy and bubbling synth and baseline with a fast and euphoric vocal creating a perfect combination of sounds.

Despite the cold season (at least here over the equator), ‘Bug A Boo’ will warm up your day, bringing reminding you that the summer isn’t so far away. the euphoric rhythm of Joe Stone ‘Bug A Boo’ doesn’t go unnoticed in fact, the track has already seen the support by names such as Swanky Tunes, Don Diablo, Deniz Koyu and more. MistaJam played it also on BBC Radio 1 Dance Anthems show.

Map.ache lands on CircoLoco with ‘IZA’

We’ve reached out Mr. Joe Stone asking about his new release, future plans, and tour dates; this is what he told us:[/vc_column_text][/vc_column][/vc_row][vc_row][vc_column css=”.vc_custom_1548437467976{background-color: #eaeaea !important;}”][vc_toggle title=”Hi Joe, let’s start talking about yourself.; when and why have you started producing music?” open=”true”]I started making music in 1994 on a computer with Fast Tracker 2 on ms-dos when I was 10 years old. Later got my first workstation, the Korg Triton and began making all sorts of music. from R&B to trance. This all began because of my background playing the keys and as a way to express myself.[/vc_toggle][vc_toggle title=”Your list of releases since 2015 is very long and we’ve noticed you’ve released almost every tune on Spinnin’. Have you ever tried to produce and release on completely different labels or do you feel Spinnin’ is the best choice for you?” open=”true”]As of now, Spinnin’ is still the best choice because of their versatility. But I have thought about releasing on labels like Heldeep, Hexagon or Musical Freedom.[/vc_toggle][vc_toggle title=”In 2015 you’ve released ‘The Party’ which became a hit on that period. Do you expect the success and the later massive remix pack?” open=”true”]When the vocals combined with the organ bass came together it felt like I had something special. I never expected the success it had but I was very happy it did!
[/vc_toggle][vc_toggle title=”You’re one of those artists, in our opinion, that has remained true to his original music style. Have you ever tried to experiment with new genres or sounds and if yes, do you like it or do you prefer to follow your main house/deep house style?” open=”true”]Wow thanks! But yes that is what I try to do. To create a signature sound it is important to use familiar sounds from older releases. In my remixes, for example, I try to do something different and I usually use similar beats from previous releases, bass sounds and/or lead sounds.[/vc_toggle][vc_toggle title=”This Friday is set the release for your new single ‘Bug A Boo’; tell us more about the track: how it is born, have you recorded the vocal or is it a sample?” open=”true”]There was this idea I had for a while to pick a sample from Destiny’s Child since I was a fan of their music. And when I heard Bug a Boo again I thought that it would be perfect for a house version. This time around it is going to be released as a cover and it was important to have it recorded exactly how the original was. I’m really happy with the result![/vc_toggle][vc_toggle title=”‘Bug A Boo’ is your first 2019 single so, what’ve you planned for the upcoming year? Can we expect you during Miami Music Week?” open=”true”]There are quite a lot of tracks finished so we are still deciding which will be the next release after this. We are planning a lot of shows for this year and of course, I would love to come to MMW again.[/vc_toggle][/vc_column][/vc_row][vc_row][vc_column][vc_column_text]Joe Stone ‘Bug A Boo’ is currently out now worldwide via Spinnin’ Records. You can download your copy here.[/vc_column_text][vc_video link=”https://youtu.be/P42UH44Sx1c” align=”center”][/vc_column][/vc_row]