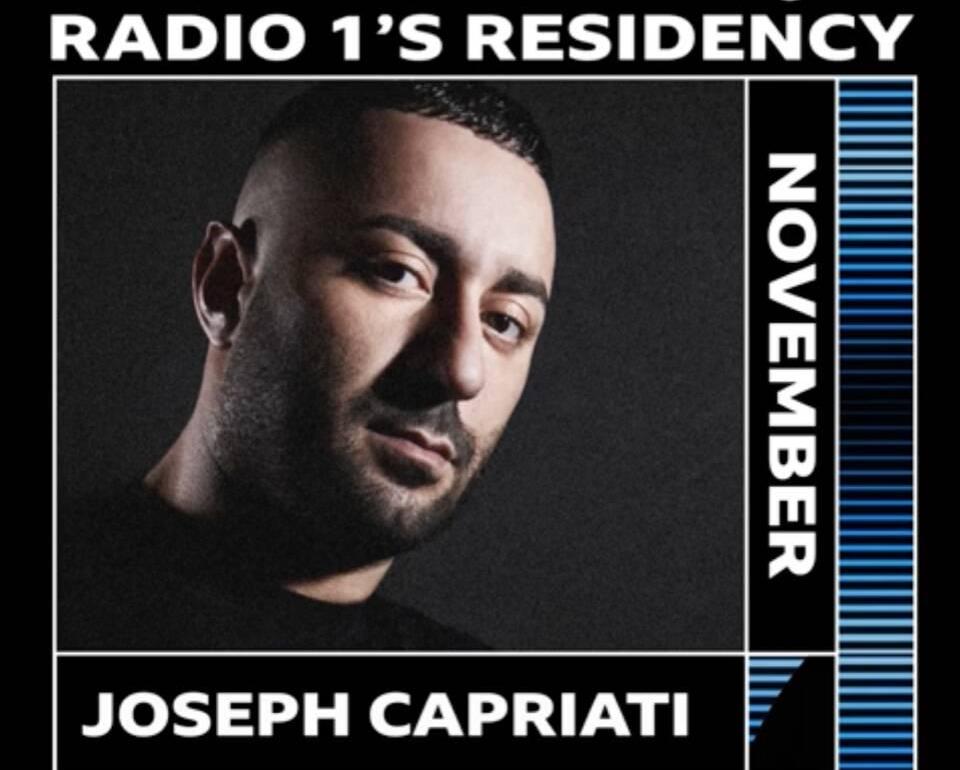 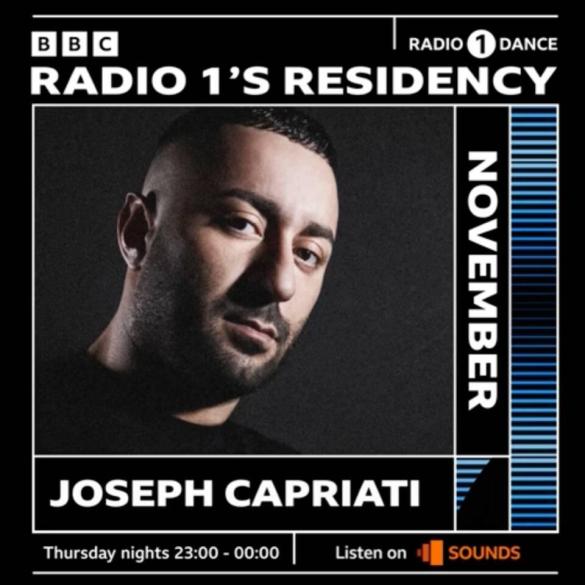 Across 4 shows, the Italian will dig deep into his influences and inspirations and serve up music from his past, present and future to fans around the world.

Throughout November, Joseph Capriati will take up residence on the venerable BBC1 Radio. Across 4 shows, the Italian will dig deep into his influences and inspirations and serve up music from his past, present and future to fans around the world.

Joseph Capriati has been working tirelessly to advance as an artist over the past several years. The wide-ranging debut album Metamorfosi on his own Redimension label demonstrated that although The Neapolitain’s music has its roots in techno, it is now about much more. From DC10 to Tomorrowland, he has performed at important clubs and festivals all around the world including in his hometown’s stadium. He also established his reputation as a DJ with a key entry into the renowned Fabric mix series.

This past summer, he organized his own special events at Amnesia in Ibiza, where he once again demonstrated how diverse his influences are through various styles of house and techno. He has now made a lasting mark on the global dance music underground as he always builds on the past to take his sound, his sets, and his fans into the unknown.

With his new residency, Joseph will be able to introduce the globe to some of his favorite musical genres and demonstrate his influence on global taste.

I’ve been dreaming to host my own residency on Radio 1 for a long time and I am honoured. – Joseph Capriati