London-based DJ and producer, Josh Parkinson returns with an intergalactic banger, ‘Alternate’ out now via Another Rhythm. 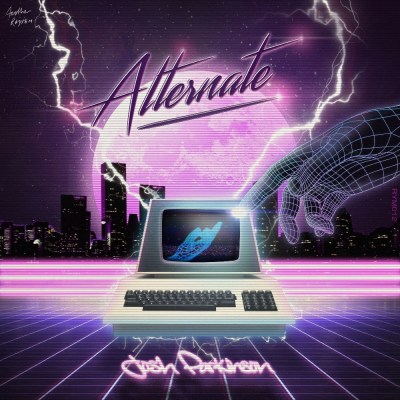 With a great series of releases on Ministry of Sound and his latest ‘Round My Way’ via DVine Sounds, Josh Parkinson is back to his signature underground soundscapes. His latest record is called ‘Alternate’, and mix upbeat elements with analog synths, all completed with the right dose of acid vibes. The groove-infused track combines a pulsing bassline with heavy hi-hats to bring the ultimate house heat.

We’ve reached Josh Parkinson for an interview about ‘Alternate’ and his present, past and future:[/vc_column_text][/vc_column][/vc_row][vc_row][vc_column css=”.vc_custom_1549376980797{background-color: #ededed !important;}”][vc_toggle title=”Hi Josh, let’s start talking about you; when and why did you started producing music?” open=”true”]Yo, nice meeting you Groove Cartel. So, I’ve always MC’d and got so longed out trying to find producers to make beats for me that I just gave up and thought, I need to just be able to do this myself and not rely on anyone else. Then the money for a studio came about in quite an unlikely way. I went on a game show called Total Wipeout, and won it haha. Before I went on it, I had already planned exactly what I was going to buy with the prize money before even doing it. I’m glad I did win because I’d have been pretty annoyed and wouldn’t have been able to start haha. That was about 7 years ago, so you could say that it’s thanks to a game show that I’m producing music now![/vc_toggle][vc_toggle title=”Your release history is quite interesting, in the last few years, you’ve released a small number of records if compared to the now-a-day average artist’s release schedule. Is there a specific reason behind that? Quality over quantity?” open=”true”]Yea I hear that. The past few years have been a bit of a funny journey to be honest. Had a bit of trouble management wise and it just threw a big spanner in the works. So pretty much just took a whole year out from production really. When I started again, I focused on trying to find my sound and not get swayed in directions that I didn’t want to go, and now I’m more happy with the music I’m making than ever before. I feel like I really know what I like now. My new years resolution in 2018 was to stop accepting gigs that I wasn’t really feeling, and you know what, that was one of the best things I’ve ever done. My passion for music came back like crazy and since then I’ve made my favorite tunes to date (Alternate being one of them). So no it wasn’t really quality over quantity, just circumstantial but everything happens for a reason and it’s all working out nicely.[/vc_toggle][vc_toggle title=”You’ve always followed the tech-house/deep/house music genre and, honestly, you’re good at it but have you ever tried to produce something different? Do you like to experiment?” open=”true”]I love experimenting with different sounds! I’ve got so many tunes on my computer that I’m so happy with but just don’t know how I’d even put them out or get them out there. People love for you to be in your lane and not move from it and quite frankly I can’t be bothered to make a new alias every time I want to try out a new sound, as it might only be one or two tracks. Saying that though, I do have my MC alias JDP that I’m making lots of different sounds with, more for me to spit on but I’m really enjoying having that outlet. I can’t wait to get some of that stuff out. I’m using JDP as my tool to just make whatever I like ;)[/vc_toggle][vc_single_image image=”11958″ img_size=”large” alignment=”center”][vc_toggle title=”You’ve just released ‘Alternate’; tell us more about the track: how it came about and how you came up with that really original kind of acid sound on the drop?” open=”true”]Like I said I love experimenting with different sounds and the juxtaposition of things that shouldn’t always go together but sound epic when they do. I play around a lot until something just clicks. That’s kind of what I did with Alternate. It originally had an amazing speech on it by the great late Stephen Hawking. It was proving hard to clear which was really frustrating as it’s such a great message to the world but it’s now become a VIP version which I love dropping. Hopefully it might get out there some day![/vc_toggle][vc_toggle title=”‘Alternate’ is your first 2019 single so, what’ve you planned for the upcoming year? Can we expect you during Miami Music Week?” open=”true”]I’ve got a tune called ‘Check Check Shamone’ coming out on On Circle Music in March. And got another one coming out on Another Rhythm (Same as Alternate) in April I think, called ‘Be Your Lover’. I’ve got so much music that I’m sitting on that I’m just looking for the right labels to get them out with. I’m working hard on the JDP stuff too. I’d love to have an album out by the end of the year.

I was meant to be playing at MMW with my Divine Sounds family but annoyingly I’m at that age where all my mates are getting married (how bloody selfish) and I’ve got a stag do in Amsterdam for a mate and then go from there to Bali for another friend’s wedding. So yeah haha I actually panic every time someone says they are getting married. Inside I’m just praying it’s not over a festival or a gig I’ve been looking forward to. But it is what it is![/vc_toggle][/vc_column][/vc_row][vc_row][vc_column][vc_column_text]We would like to thank Josh Parkinson for the granted time; don’t forget to download and stream josh new tune, ‘Alternate’ out now via Another Rhythm.[/vc_column_text][vc_column_text][/vc_column_text][vc_video link=”https://www.youtube.com/watch?v=PhYkoNEmK8U” align=”center”][/vc_column][/vc_row] 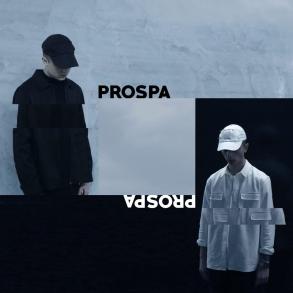