Everything you need to know about Kappa Futur Festival 2022 | Guide

The best artists on the lineup you can't absolutly miss, the location, the stages and the timetable plus a lot more you'll discover on the festival ground. 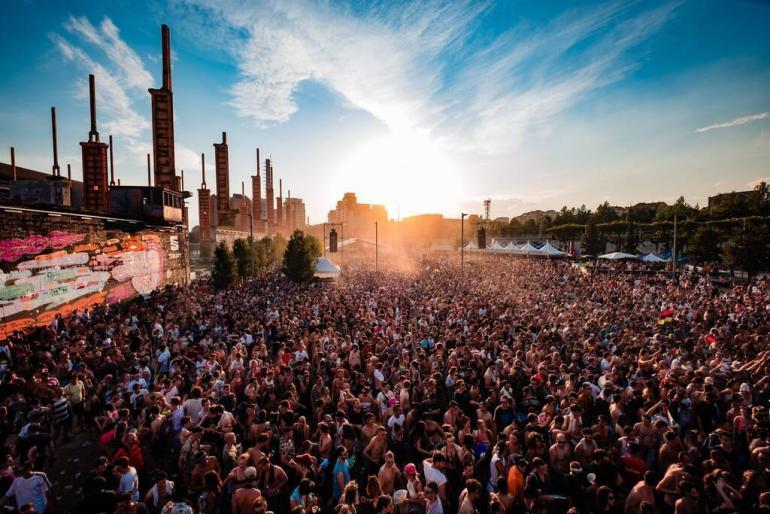 The IX edition of KAPPA FUTURFESTIVAL 2022, the exhibition dedicated to music and digital arts, will be held at the Dora Park in Turin from Friday 1st to Sunday 3rd July 2022.

Already more than 70.000 confirmed presences for an increasingly international audience that will arrive in the Piedmontese capital from 105 different nations, as it consolidates the name of the festival as one of the most internationally acclaimed musical events in our country.

This year for the first time the format will change from two to three days of programming and will host the four stages as always in the most impressive and fascinating Italian futuristic park: the Dora Park. A huge post-industrial area so visually powerful to enchant the audience and DJs from all over the world, thanks the stages immersed in this sort of open-air art installation.

Among legends like Carl Cox, Carl Craig (live) feat. Jon Dixon (UR, Detroit), together with new triumphant of the global techno-house scene such as Amelie Lens, Peggy Gou, The Blessed Madonna, and Honey Dijon, the lineup of Kappa Futur festival includes a series of names that tell the thickness of the Piedmontese festival, for years the most important open-air event in the field of electronic music.

KFF is the only Italian format mentioned in the guide “Festivals”, which presents the 50 best music festivals of all time, published by Frances Lincoln and distributed by Hachette in 50 countries, as well as being the only Italian festival and the 30% worldwide reported by DJMag UK, English magazine referenced the international club culture scene, alongside such giants as Glastonbury, Coachella, Tomorrowland and Sonar.

There will be more than 70 artists who will take turns on the FOUR STAGES – Dora stage, Jäger stage, Futur stage, and Latz stage (name that derives from the architecture studio that realized the project of Dora Park) – set up in the Park, historic seat of Kappa Futur Festival, which is preparing to welcome tens of thousands of electronic music fans from all over the world.

A rich lineup with the best acts at a global level to offer a wide spectrum of international electronic music, represented in many of its subgenres.

If some characters such as the legend Carl Cox and the “certainties” Jamie Jones and Martinez Brothers (in a glowing back to back) are now habitual figures for the Festival, the same applies to softer sounds and soulful as in the case of the monument of house music Danny Tenaglia or the champion of the new generation dj “eclectic” Motor City Drum Ensemble, in this year’s edition there are new names. First of all the exclusive show of Diplo: one of the most successful DJs/producers on a global scale, able to combine futurist and underground pop, experimentation and success, with popularity and an ability to cross really incredible fences. But it should also be noted the presence of names such as Michael Bibi, Pawsa, Anotr or Dennis Cruz: talents in strong rise, demonstrating the great attention to scouting the new protagonists of club culture.

An increasingly multifaceted program that this year brings together established names of the console – including RICARDO VILLALOBOS, SOLOMUN, TALE OF US, JOSEPH CAPRIATI – to visionary and avant-garde acts, such as that of FOUR TET and the Ugandan collective NYEGE NYEGE. The latter, for the first time in Italy, have been operating for years a research project on traditional East African music contaminating it with electronic elements. They founded the Nyege Nyege Festival, the largest electronic music event in East Africa that attracted the interest and participation of prestigious companies such as the British broadcafster NTS and the platform Boiler Room. Great attention to the best DJs on the world scene including Amelie Lens from Belgium is taking the stage since he released his solid debut EP for the Italian label Lyase Recordings. To alternate in console, there will be Peggy Gou, Korean artist who lives in Berlin when he does not play in clubs around the globe, presenting his eclectic dj sets. Honey Dijon’s cheeky style blends all genres and captivates with its versatile sound.

The Blessed Madonna, the first woman to be named DJ of the year by Mixmag, got the prestigious magazine cover. In addition to his musical legacy, a deep commitment to social justice remains a pivotal point in his musical life and an immensely important part of both his popularity and his daily work. And again the eclectic Chloé Caillet, the producer, and DJ from Ibiza, was born in Holland, Chelina Manuhutu; the London selector with an original sound, SYREETA. And again TURKANA is a force not to be underestimated among the most innovative voices of electronic music in Uganda; Helena Hauff is known for her essential techno and electro tracks that are recorded using strictly analog equipment and draw influences from acid house, EBM, and industrial music. Monika Kruse DJ producer and head of the label Terminal M. Active since 1991, is one of the true pioneers of European techno and stands as one of the most beloved artists of the genre. Paula Tape Dj and producer from Santiago de Chile, currently living in Milan that mixes genres in his sets never banal rich in groove and soul. Finally, the talented DJ SONJA MOONEAR and the multimedia artist xx_i_s_s_xx.

For the success of the event, the Kappa Futur festival has 250 suppliers and over 1000 employees, ensuring employment to a large number of professionals of the show and not.


The organizers at the festival have planned redevelopment of the entire affected area with the purchase of defibrillators for the community, in addition to the last investment of 100,000 euros for the Park that had seen these interventions: the coring to evaluate the stability of the ground, the safety of the structures where concerts are held and work for the most part dedicated to improving the livability of the green area. Starting with smaller operations such as cutting grass and renewing pan-chines. Up to the more complex ones: the remaking of the floor of the play area and the area dedicated to parkour, the replacement of the baskets of the basketball court, and the welding of the bridge that connects the two parts of the park and the grids of the Strippaggio area.

Sustainability at the core of Kappa Futur Festival 2022 and beyond

Thanks to the extraordinary location, the lineup of the highest level, and the sensitivity aimed at promoting the territory, innovation, and environmental sustainability, Kappa Futur festival stands as a reference point in the maps of Italian and international festivals and an entertainment model of economic sustainability.

Kappa Futur festival continues its collaboration with Global Inheritance, an American nonprofit organization, continuing the trashed program in Europe. Trashed Art of Recycling is an initiative aimed at creating imaginative and unique art pieces from containers for everyday recycling. After the Festival, the bins will be donated to nearby schools to promote recycling among children. This year these artists will be involved: the Italian street artist Cibo, the creative studio Zidalab, the eclectic DUO WAW, the artist and tattoo artist Marco Scozzi, the young Nina Bertoletti, Essemme Studio, and MicroKlima Projekt.

Trashed Recycling Store encourages people at the festival to recycle bottles and glasses in exchange for points that can be converted into exclusive items and experiences. A team of volunteers manages the stand and distributes the material brought to them by the participants.

Kappa Futur festival is carrying out an energy transition by replacing all the traditional generators used on-site with hybrid ones, the Stage 5 generators with very low emission impact (best technology on the market), which drastically reduce fuel consumption.

With the new application, users can share their own program, and interact with the various international communities composed of young people who will come to the festival from all over the world. An interactive map of the Park and the possibility to purchase the Merch complete the services of the app. Download Kappa Futur Festival App here.

KAPPA FUTURFESTIVAL is the first Italian festival to have a network infrastructure Wi-Fi capillary to provide production services, bars, entrances, hospitality, and internships. Next year the implementation will cover not only the production but also the public in order to have free wi-fi during their stay in the area.

Mobility and how to reach the festival.

The festival promotes aspects of ecological and environmental sustainability and for food offers only quality products and often km 0 of the Piedmont area. The food and beverage proposal within the VIP area involves some of the excellence of the territory in the food and wine field. The Futur Terrace Premium Bar will in fact be curated by Giuliana Giuncano from Turin, winner of the Mix Contest Italy Tour 2020. For all guests of the Festival will be available the dishes of high quality brands such as POKE HOUSE and Montenegro.

Poke House, Fresh & Healthy Food Partner of KFF22 “We are thrilled to bring our fresh bowl from the Californian twist to the public of this international event in our beloved Turin, a city we have been betting on since our inception by opening 3 stores.” Matteo Pichi and Vittoria Zanetti, founders of Poke House.