Kasablanca return on Anjunabeats with ‘Can You Hear Me Now?’ 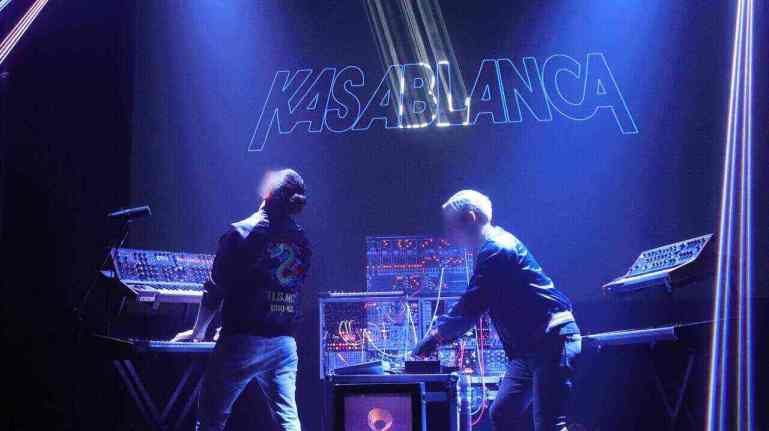 The mysterious duo, Kasablanca return to Anjunabeats with progressive melodic single Can You Hear Me Now?.

Kicking off with a dreamy and romantic vocal, the tune flows through deep and relaxing lines. The plucked idealistic main theme seamlessly drifts through the minimal and clean beat. Nostalgic and colorful soundscapes complete the record that is now released with Immunity, the debut Kasablanca’s single on Anjunabeats. A full EP is planned for the end of March.

Kasablanca, a secretive melodic techno duo, burst onto the scene in summer 2020 with their Lane 8 collaboration, ‘Run,’ a smash hit for both artists. It’s been streamed nearly 18 million times on Spotify and charted at #1 on SiriusXM BPM as of January 2022.

The legend of Kasablanca continues to grow. Their debut album, ‘Human Learning,’ was released after ‘Run,’ and they’ve been touring the world ever since. In September 2021, while supporting US bass superstar Rezz, the duo debuted their live show, complete with racks of modular synthesizers, at Red Rocks Amphitheater.


As part of the ‘10 Years of Group Therapy‘ celebrations, they joined us at Anjunabeats in December 2021, remixing Above & Beyond’s ‘Black Room Boy.’ Soon after, they released their first original music on the label. ‘Immunity,’ which was released in January 2022 and played on Diplo’s Revolution station on Sirius XM, was described by Billboard as “a sleekly propulsive slice of melodic techno.”

‘Can You Hear Me Now?‘ was first heard on Lane 8’s winter 2021 mixtape and is the latest from one of dance music’s most intriguing acts. There’s more to come, we’re excited to say.

Kasablanca’s upcoming dates include the CRRSD Festival in San Diego, as well as additional dates with Rezz in New York, Los Angeles, Philadelphia, and other cities.