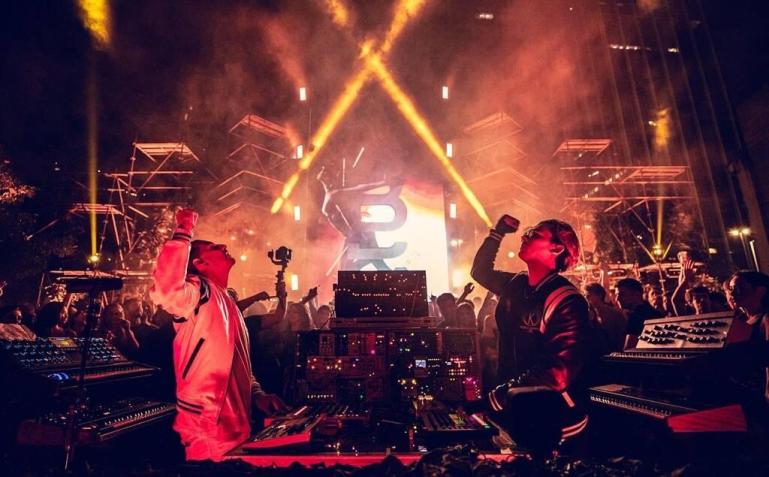 Kasablanca‘s debut original release, ‘Immunity,’ is now available on Anjunabeats. It is the first single of the mysterious duo on the label and it comes ahead of their debut EP coming in March.

This enigmatic melodic techno duo exploded onto the scene in summer 2020 with their Lane 8 collaboration, ‘Run‘, a bonafide hit for both artists. As of January 2022, it had nearly 18 million Spotify streams and was number one on SiriusXM BPM.

Kasablanca’s legend is growing. ‘Run‘ was followed by their debut album ‘Human Learning,’ and they’ve been touring all over the world ever since. The duo debuted their live show, replete with racks of modular synthesizers, at Red Rocks Amphitheater in September 2021 while supporting US bass superstar Rezz.

They joined Anjunabeats in December 2021 with the remix of Above & Beyond’s ‘Black Room Boy‘ as part of the ’10 Years of Group Therapy’ celebrations. Now, they’re ready to step up on the label. Their first single, called Immunity opens the gate for a bigger release later this year. Kicking off with mystifying synth lines, the duo’s iconic vocal flows enter the tune together with a hypnotic arpeggio. Every sound comes together on the first drop, paired with catchy and feeling-good beats.

Kasablanca’s ‘Immunity’ is now available on Anjunabeats, with the full ‘Immunity EP’ due out on March 18.