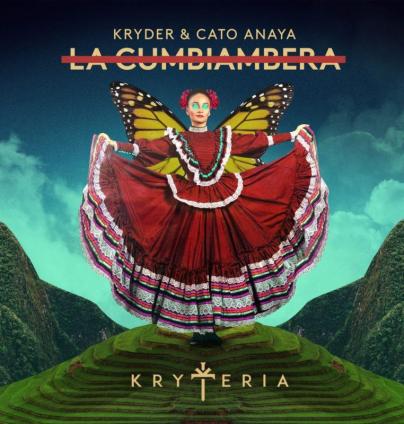 With an incredible start, Kryder‘s new imprint, Kryteria Records, is back with an explosive new tune by the Boss himself together with Colombian star Cato Anaya for the brand new release ‘La Cumbiambera’.

Bring the one and only Steve Angello on the debut track of your new label is not to everyone but, groove boss’ Kryder is not an “anyone”. With years of experience and two labels behind him, Kryder is for sure one of the pillars of today electronic music scene.

Kryteria Records is back with its second release ‘La Cumbiambera’ by the boss Kryder and Colombian prodigy Cato Anaya.

This time he returned on his new imprint, Kriteria, with a collaboration with Colombian star Cato Anaya for ‘La Cumbiambera’. Being the first Colombian to sign with Sony Music, Cato Anaya is one of the hottest properties in electronic music within Colombia. Their track features infectious rhythms and tribal beats bringing a carnival atmosphere to proceedings. A gliding flute forms the hook of the track, weaving around the beat throughout and providing a standout melody that takes a breath in the breakdown before resuming with the groove on the drop, as Cato Anaya adds his intricate textures elevating the track to the next level.

Played for the first time in Slovakia last April, ‘La Cumbiambera’ has become one of the most searched Kryder’s ID. The record has had an important role in the Kryder performance and it has become lately a very important part in Kryder’s DJ set.

We want to remind you that Kryder is planning the biggest groove boat party ever made filled by a crazy line-up, a demo point and more. It will take place during Amsterdam Dance Event where the boat will sail the Dam river at the sunset. For more info click here.