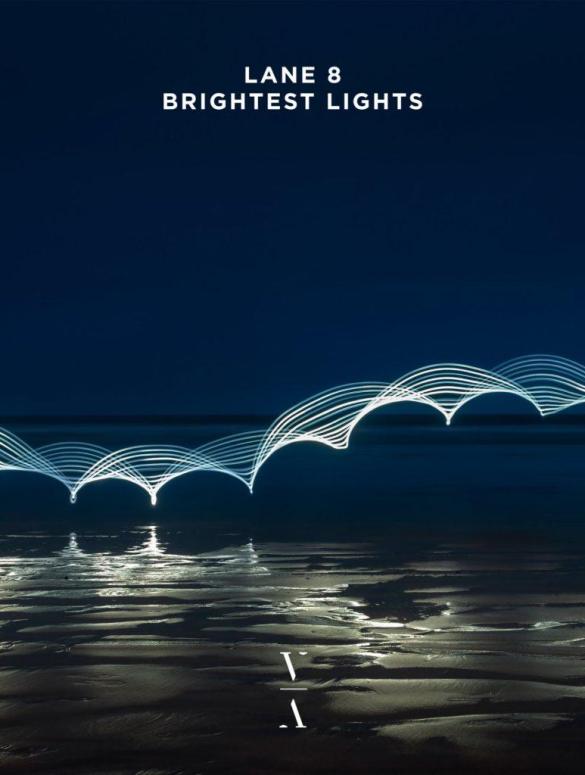 Brightest Lights is about celebrating and embracing the ups and downs of life and trying to see the world in a positive light.

2019 has been an incredible year for Lane 8; with nice incredible songs on his imprint, an EP on Anjunadeep and a remix for Virtual Self (Porter Robinson) single Ghost Voices, Lane 8 has imposed himself as one of the main pillars for his music genre. Deep and intimate melodic vibes driven by cinematic lines have made Lane 8’s signature sound to be an institution in the global music industry. It’s surely not a casualty that 3 out of 10 of the most views underground sets in 2019 are his (according to 1001Tracklists data).

After a full year of teasing the album and releasing single extracted from it, Lane 8 has finally unveiled Brightest Lights in full.

We are so bombarded with negative energy these days that it is sometimes easy to forget all the beautiful and positive things that happen every day. however small or seemingly insignificant, Brightest Lights is about celebrating and embracing the ups and downs of life and trying to see the world in a positive light. – Lane 8 about the album

Kicking off with Groundhog Day, the album starts slow, with an incredible arpeggio and long cinematic lines. A soft melody introduces an electronic processed angelic vocal that guides the listener to the second track, Road with Arctic Lake. Again, a delicate piano melody and a minimal beat drive the incredible Arctic Lake’s vocal. The next one is Just, released at the end of last year as last track before the album. The record has an incredible story behind, as Lane 8 tells us:

At the beginning of this decade, I was about to graduate college and start working at a very solid, safe job in the Bay Area. my life was taking a certain form and direction despite the fact that I still had this crazy dream that I would one day be able to do what I actually loved and make music for a living. I didn’t have any sort of plan or reason to believe that I would ever succeed in music, but the dream ate away at me, and I continued to spend most of my free time (and a decent amount of time at work, if I’m honest 😹) making music. there were many times between 2010 and 2015 when I was convinced it wasn’t going to work out. When Maria and I first moved to Germany, I figured it’d be a good place to try and be a producer and DJ because the “scene” was so strong there. Looking back I can’t believe how naive that thinking was. Nobody knew who the hell I was in Europe! I got dropped by my European agent, and although I had a little success in America and a few Anjunadeep releases, I was just about ready to throw in the towel. There were a lot of turning points to get where I am now – getting support from a&b and Odesza made a huge huge difference. But I think the other factor that pushed things through was that I never lost the pure joy of making music. I still get the same feeling I did when I was 14 and coming up with new beats in my parent’s garage. That’s where “Just” comes from. This is kinda dumb but when I was putting this song together I was reflecting on another moment of pure childhood joy: trading baseball cards with my friends during summer break. the original demo was called “David Justice” because I remember having about 60 of his baseball cards back in the day and it was the original concept for the song. David Justice turned into Justice which turned into Just, but ultimately the song reflects that joy of getting deeply into whatever it is that makes you tick, whether that’s baseball cards or making music I think the feeling is the same. – Lane 8 from Facebook

Up next, the album track title Brightest Lights. Featuring the incredible Poliça vocal, as Just, the track came out in 2019 as the first extracted from the album, rapidly followed by Sunday Song, another already released song that now counts almost 1 M plays on Spotify. Lane 8 talks about the track on Facebook:

I wrote Sunday Song on (surprise!) a Sunday last spring. I remember being really inspired and excited about it and feeling like I had hit a home run. I couldn’t wait to play it out. Here was the problem though: the first couple times I played it in front of actual human people, the reaction was less than enthusiastic. A lot less. Actually it was pretty rough. The dance floor looked like I’d just dropped Barbie Girl or something. I lost a ton of confidence in the track, but luckily my team stuck by it and convinced me to keep tweaking and trying it in sets. I’m really glad I did because somewhere along the way, people started reacting really positively. And it grew and grew. This year at the summer gatherings it was, from my perspective, one of the biggest tracks of the sets – despite the fact that it was still unknown to everyone there! I guess what I’ve tried to take from this song is that it really is a matter of sticking to your guns no matter what, and if you believe in something it may just take some time to convince others that it’s worthwhile. I’m really glad I didn’t give up on Sunday Song!

Again, for the 6th record of Brightest Lights, we find Poliça on the vocal with Shooting Arrows. The record feels suspended into a limbo; when you feel the track will drop, the angelic vocal of Poliça kicks off and bring back the chill and relaxing vibes of the beginning.

I think the main thing that has kept me productive over the years is that I’ve always been able to channel the excitement and the adrenaline rush of a great show into making new music. I’ve said this before, but I can’t even count how many times I have come home on a Sunday after a weekend of shows and immediately put together a new song. The feedback loop of making a new track and then getting to see it go off on a live audience (or not going off at all 😂) and then making changes or even another new track inspired by that crowd energy is 100% my favorite part of this job. that’s exactly where “the gift” comes from – it’s such a privilege for me to be caught up in that cycle. Earlier this year I had just played another incredible installment of CRSSD and I had so much creative energy coming off that show, I think I wrote 2-3 new songs in the week after. This was one of them. – Lane 8 on Facebook

Nicky Romero returns Universal Music “I Hope That It Hurts”

With How Often Lane 8 welcomes on the album singer Kauf. His quiet and angelic voice perfectly matches the intimate vibes of the track that features a catchy beat where the snares are the main part of it. With an incredible plucked melody, Howling Hand builds the vibes, introducing a stringed melody and a melodic-techno percussive rhythm. The record is probably the darker and deeper tune of the album, perfect even for the most underground clubs out there.

The Flood, instead, moves on the progressive side of house music. With its wide crescendo and Nevve’s vocal, the record unexpectedly drops into faithful and chill melodic lines.

With more than 800k plays Don’t Let Me Go has been released last year. As the album is coming to an end, the energy increase flowing into a progressive house gem that mixes Lane 8’s incredible signature sound with Arctic Lake stunning vocal.

Last but not least, closing this incredible masterpiece, Poliça returns on the vocal for Lane 8’s The Rope. The track perfectly closes the album, featuring a wide and energetic baseline in the middle of the track to coming back at the beginning of Brightest Lights with chill and simple piano vibes.

Lane 8 Brightest Lights album is now available worldwide. You can stream it below or download your copy here.