Lane 8 released Dirty South and Anderholm remix of ‘No Captain’ 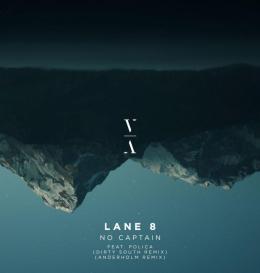 Prior the release of his forthcoming ‘Little by Little Remixed’ album, Daniel Goldstein better know as Lane 8 has released two remixes of his record ‘No Captain‘ feat. POLIÇA on vocals. One of these new remixes is the long-awaited from Dirty South and the second one is from rising star Anderholm, who isn’t a new name to the fans of Lane 8.

The Dirty South remix kicks off with the amazing vocal by POLIÇA driven by the unbelievable bassline and uplifting melodies typically of Dirty South. The track jumps into a monumental drop made by wide kicks and an impressive progression of sounds. Anderholm remix is totally far away from Dirty South ones. It’s deeper and chill, featuring downtempo beats and mystical melodies perfectly mixed with POLIÇA voice.

These two remixes are extracted from the whole remix album which is going to be released on October 4th on Lane 8’s own imprint This Never Happened.

You can pre-order and stream here.