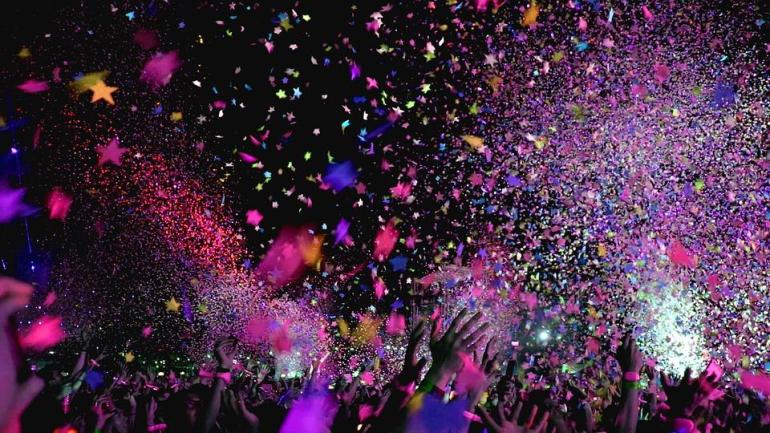 [vc_row][vc_column][vc_column_text]The Electric Daisy Carnival rolls into town again in 2018 for another three-day extravaganza of electronic music played across eight stages at the Las Vegas Motor Speedway. Sponsored by Corona, Smirnoff, Pioneer DJ and Hotels.com, the festival features an even bigger line-up of the world’s biggest and emerging DJs and electronic dance acts. Running from 18-20 May, the festival is offering campsites for the first time ever, allowing partygoers to ‘wake up and walk in’ to the carnival each day.

For some of the revellers at last year’s carnival, it will only seem like yesterday since they were watching sunset sets from some of the biggest names in the electro music scene. The release of this year’s line-up will certainly get the pulses racing. Gorgon City, Eric Prydz and Kaskade are three household names that are certain to draw some enormous festival crowds. There are also dance legends such as Armin Van Buuren, Paul Van Dyk, and Tiesto to throw into an increasingly heady mix (check last year mixes).

The line-up also features a string of up-and-coming acts, including artists from the British label Anjunabeats—Oliver Smith, Ilan Bluestone, and Gabriel & Dresden. There are also plenty of acts flying the flag for Dirtybird Records, including Will Clarke, Dateless, and Claude VonStroke. 2018 is the 22nd year for the Electric Daisy Carnival. This is quite an achievement in and of itself, particularly when you consider just how much goes into each festival, from the stages and pyrotechnics to the amenities the event provides.

Axwell shares Stockholm version of ‘It Gets Better’ via Dropbox

Although food and beverage stands are situated throughout the festival, their prices are very much at a premium. Although much of Vegas is expensive and glamorous, if you’re smart, you can still find ways to save money in Vegas. To save money on food and drink, the casino resorts along the Vegas Strip offer a great-value buffet dining experience. Some offer 24-hour wristbands, allowing you to pop in and refuel before heading back to the live stages.

Speaking of the stages, each individual stage represents a specific facet of the Electric Daisy Carnival make-up. The kineticFIELD is a stage that’s always evolving each year, while cosmicMEADOW offers fantastic views of the stage and this year will be the scene for all opening ceremonies at EDC. CircuitGROUNDS will be the industrial-influenced stage, while the enchanting neonGARDEN will features the deepest forms of techno and house under one unique tent. Insomniac Record is also putting together a brand-new unique stage that brings a nightclub atmosphere to the expanse of the Nevada desert. StereoBLOOM will feature a host of established and emerging talents.

General Admission tickets for 2018’s Electric Daisy Carnival, which grant you entry and access to all aspects of the festival, start from $325. Those interested in having the VIP experience can fork out for ‘the works’ at a cost of $699. Packages are also available that include bottle service, with private tables offering exclusive stage views for you and your friends. Those who purchase bottle service wristbands will also have access to all General Admission and VIP areas throughout the festival.[/vc_column_text][/vc_column][/vc_row]