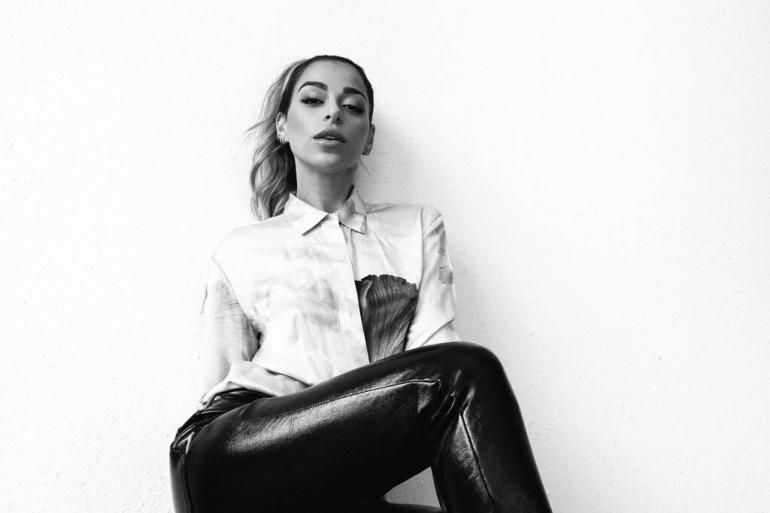 Like a glowing orb charged with glistening life-force, “Ohm” spins on its axis. It’s a lush and expansive piece that gradually unfolds from its earth-grounded pulse into textures and liquid-mercury melodies. An orchestral sense of space is perhaps attributable to Lauren Mia’s classical roots: dark, velvet bass tones come alive with mid-range flourishes, cut across with sparks high overhead. “Ohm,” a high-octane dancefloor anthem, is equally rewarding as deeply hypnotic headphones listen.

Luna Semara, a DJ/producer, recording artist, and A&R, incorporates a deep love of synthesis into her music. Her tightly wound electronic tracks build slowly and deliberately, humming with a powerful undercurrent: the union of rhythm, dance, and voice. Luna has recently released a remix of one of Stephan Bodzin’s key releases from his landmark BOAVISTA album. Petit Matin, which translates to “small hours” in French, is dedicated to the feeling of dancing late into the night and returning home hopeful. Through Luna’s A&R and curated releases, Petit Matin nurtures artists in the space with an ethos to restore one’s belief in humanity.

Lauren Mia’s deeper foray into the European dance label space this year follows 2021 releases on Rose Avenue Records, Anjunadeep, and Somatic Records, all of which were released by RÜFUS DU SOL.

Lauren Mia has been confirmed to perform at this year’s Tomorrowland festival in Belgium, marking career milestones. She’s already warmed up the decks for Adriatique, Fideles, Franky Wah, Cristoph, and others at top domestic events like the CRSSD ‘Day One’ Festival in San Diego in 2022. 2021 saw her booked across the United States on the Anjunadeep On Rotation Tour, playing Anjunadeep Open Air at The Brooklyn Mirage, Day of the Deadmau5 in Miami, and opening for acts such as Testpilot, Jeremy Olander, Mind Against, Sainte Vie, and many more. She’s performed at Burning Man, Amsterdam Dance Event, Black Hole in Athens, Carl Cox’s Babylon Festival in Australia, and other festivals.

She began her journey with music production in 2016 as she became an up-and-comer worth watching in genres such as progressive house and melodic techno. Lauren Mia is passionate about incorporating healing, emotional, orchestral, and progressive sounds into her music in order to help people connect with themselves and those around them.

Lauren Mia’s original 2022 production, “Ohm,” is the first to hit the airwaves. Having cut her teeth in the studio and behind the decks, the spotlight continues to move towards and stay in the direction of her earned artistic talent.