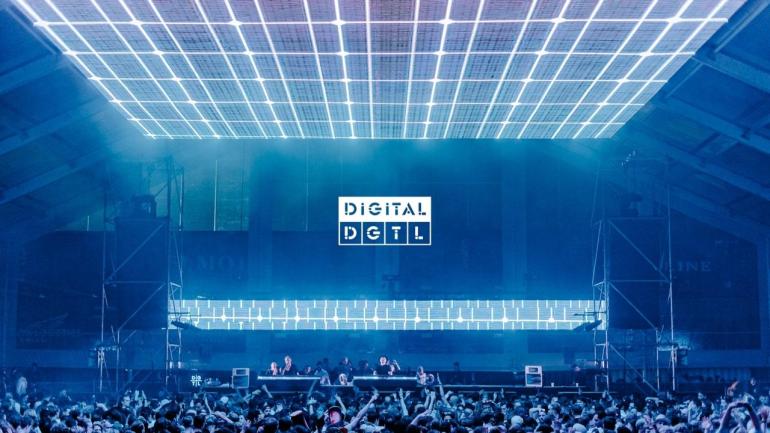 DGTL was supposed to create history on 11 and 12 April 2020 with the first circularly organized festival. Coronavirus threw a spanner in the works, making the event at the NDSM docklands impossible. However, it is not in the DNA of DGTL to throw in the towel. To ensure that both DGTL visitors and the people who weren’t lucky enough to get a ticket get through the Easter weekend in the festival mood, DGTL has organized the world’s largest online festival.

These are tough times for festival lovers, artists, DJs, and organizations. Just as DGTL was set to kick off the festival season, everything collapsed. Based on the motto “we’re in this together” and out of pure love for house music, DGTL has organized an online alternative in record time. Spread over multiple digital stages, DGTL will host the world’s largest online festival; DIGITAL DGTL on April 11 and 12. Over two days anyone watching will be able to transform their living room into a festival area and at the same time maintain that all important “social distance”. The organization would like to underline the fact that online visitors to DIGITAL DGTL will experience the festival from their quarantined homes and save their dance with friends for DGTL 2021.

With the digital festival, DGTL makes a virtue of necessity and still makes history, albeit in a different way. For two days, sets are streamed from, among others:

As befits a real festival, several stages are streamed simultaneously. In collaboration with video streaming partners NOMOBO and Absolut, DGTL allows visitors to switch between the various streams via digital.dgtl.nl. DGTL has approached their digital edition with as much attention to detail as they do their real festival, creating unique live content during the festival days, producing daily recaps and offering fans pre-event messages, Revolution talks and Q&As about sustainability throughout the weekend.

DGTL is already preparing for a full comeback in 2021 but this can only happen if the industry is healthy and this pandemic is brought under control worldwide. This is why DGTL calls on all fans and viewers to make a donation to hospital Erasmus MC during the online edition to develop a vaccine and medicines to fight the coronavirus. #KeepDistanceStayDGTL

FORM is an experiment around generative audiovisual systems. From a set of rules, a custom software proposes a series of visual compositions created in realtime based on randomness and probability.

Those graphic compositions are sonified in real-time by a spectral synthesis algorithm. The header line reads the image from left to right. The luminance captured by this header is transformed into bass (luminance at the bottom of the image) and treble (top of the image).