Lost Horizon, the world’s largest virtual reality music and arts venue, has revealed the full December line up for its first season of ten virtual events due to take place from 12-30th December 2020 in the immersive world of Sansar.

All December events are now on sale, now including Krust presents: The Edge of Everything, HE.SHE.THEY and Little Gay Brother present Love is Not Cancelled and Monstercat. In addition, Shangri-La’s Gas Tower presents its debut standalone show featuring DJ Sneak, Nicole Moudaber, Pan-Pot, Kittin, and Hito.

The sprawling Lost Horizon multiverse, created by the team behind Glastonbury’s legendary Shangri-La, reopens with a series of virtual events, promising all of Lost Horizon’s surprise magic including wild dancefloors, secret headliners, and hidden wormholes.

Lost Horizon is the closest experience to being at a real-life club, concert, or festival whilst still in your living room. Lost Horizon can now be accessed from any computer, tablet, or phone – you don’t need special VR goggles, just the internet – and you can explore the entire venue in an interactive way together with your friends.

Taking full advantage of Sansar’s interactivity, Lost Horizon’s new season of events will have a focus on human interaction, taking in everything from guided meditation, to speed-dating and art gallery tours. Each show will bring with it bespoke new creative content from cutting-edge visual artists, reimagining and refreshing Lost Horizon’s multitude of walls, corridors, and screens.

To celebrate the success of his first long-player in 14 years, Krust will be coming through Lost Horizon to the Gas Tower on Tuesday 22nd December to present the seismic The Edge of Everything. Krust will be joined by fellow legends James Lavelle, LCY B2B with DJ Flight and Om Unit to deconstruct and recreate new audio frontiers whilst immersed in a visual aesthetic to match, this will be one for the heads.

Sunday 27th December will see the electronic music beast that is Monstercat hit the Nomad stage with a showcase of heavy-hitting DJs including Dirty Audio, Kill the Noise, Modestep, Rome in Silver, and Tisoki so Lost Horizon ravers can headbang from home with the best in bass music.

On Monday 28th December, two powerhouse brands Little Gay Brother and HE.SHE.THEY join forces under the techno mistletoe to present Love is Not Cancelled and celebrate Christmas for a virtual festive rave-up. With a massive line-up of DJs made up of ABSOLUTE., Eats Everything, Ellen Allien, Peach, and Syreeta, as well as an epic crew of dancers and performers, it’s time to don a look, get a crew together, and can-can 2020 out of the back door with a bang.

This feels like a new frontier for culture and the digital realm. Technology has leaped forward and we can now create something truly sociable, interactive and connected… our mission is to reflect real culture in our virtual world! This is going to be fun! – Robin Collings, co-director of Lost Horizon

Whether you’re in the middle of the dance floor in full VR, chatting via your PC’s mic to gig-goers from anywhere in the world, or exploring the event stream across multiple camera angles on your web browser (Mac and PC) or app (Android and iOS), it’s a vibe like no other digital experience.

‘VTOPIA’ is the first extracted from KAS:ST new album ‘A MAGIC WORLD’

This reveal signals the next step of an incredible journey for Lost Horizon following July’s premiere four-stage festival to 4.36 million people, as it establishes itself as a new platform for artists unable to perform live during the pandemic and beyond.

Lost Horizon comes from the team behind Glastonbury’s Shangri-La. With its roots deep in contemporary music, art, and activism, Shangri-La has established itself as a legendary field in UK festival culture, engaging a truly dynamic community of artists, builders, and revolutionary creators and known for showcasing the latest “off mainstage” acts, Shangri-La has served as a launchpad for some of music’s biggest names, with artists such as Lady Gaga, Rudimental, Disclosure, and Pendulum gracing its stages early in their careers. This makes Lost Horizon the perfect place to launch the next era of live music. 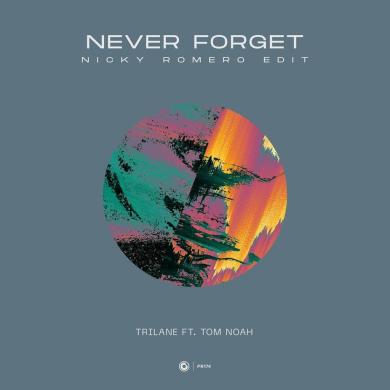