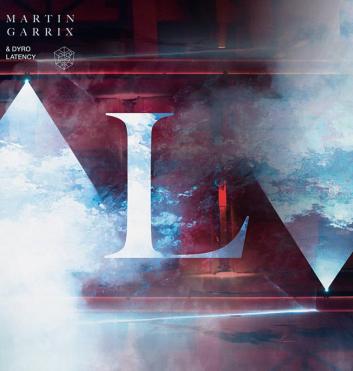 The third release of this week by the EDM wonderboy, Martin Garrix, ‘Latency’ is in collaboration with WOLV’s head honcho Dyro.

Kicking off with Dyro’s heavy and metallic synth filled with big percussive rhythms, ‘Latency’ rapidly jumps into a hard big-room drop. The breakdown opens up with Garrix catchy melodies driven by the heavy Dyro bassline and metallic synths. All this mix of sounds gives the track the opportunity to become the next Martin’s dancefloor destroyer.

Martin Garrix and Dyro touch are clearly perceptible; the initial ‘Latency’ synth/bassline is in the typical Dyro’s vibes. You can easily hear the similarity with ‘WOLV’ and ‘Radical’ in the sounds used but, with the introduction of a more melodic part, thanks to the incredible Martin’s skills in the creation of catchy melodies, ‘Latency’ is another weapon for the upcoming season.

Third of five releases of this week, ‘Latency’ is Martin Garrix collaboration with Dyro, out now on STMPD.

As happened to ‘Breach’ with Blinders, also ‘Latency’ has been premiered during Martin’s performance at this year Tomorrowland and it was played all over the summer. Dyro dropped it for the first and only time at S2O Songkran Music Festival in Japan.

If you’re asking, Dyro is not new to Martin’s imprint STMPD. He has debuted on the label with ‘Bring It Down’ early this year.

After ‘Breach (Walk Alone)’ and ‘Yottabye’, Martin Garrix and Dyro ‘Latency’ is the third record of a series of five release that will see the light during this week. The last one, that it’s set to be the long-awaited ‘Waiting For Tomorrow’, is planned to be released this Friday concurrently to Martin’s massive performance at Amsterdam RAI for ADE.