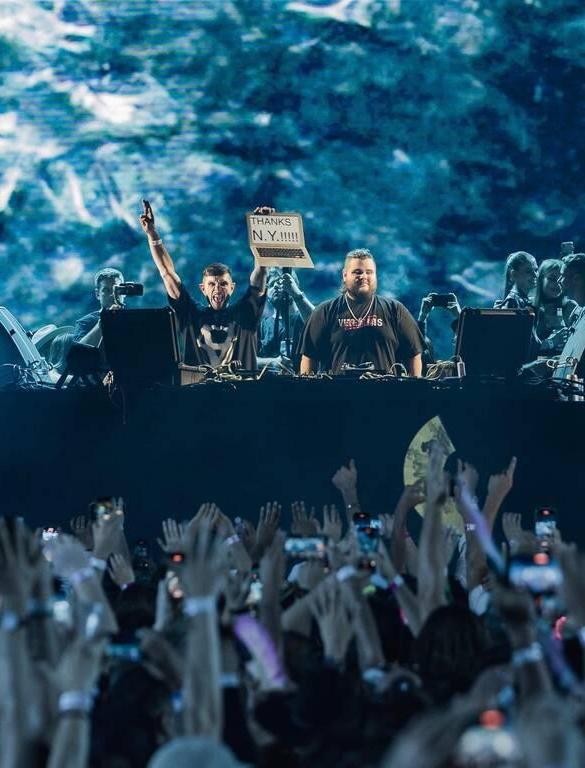 Amedeo and Matteo Giovanelli, also known as Mathame, are two Italian brothers who recently released their newest song, “Come For You,” via Astralwerks. The single sees Mathame craft yet another masterpiece in the cinematic and emotive style they are known for and is released alongside an official music video taking viewers on an interstellar journey.

In “Come For You,” Mathame examine the link between man and supernatural beings while blending gorgeously melancholy vocals with gliding soundscapes. The harmony is skillfully resolved with a halting crescendo, creating a deliberate feeling of tension alluding to the tense feelings of the disparity between the human and divine realms.

Full of gratitude and pride we can finally share this long-awaited good news with you. This is our first original single in about two years time and the first stage of a journey we will take together. – Mathame

Continuing to explore the human experience and infinite cycle of life, Mathame touch on the dichotomy between creation and destruction in their visually captivating ‘Come For You’ music video, directed by visual artist Thomas Vanz. A cosmic cataclysm disrupts three planetary worlds that stand for earth, fire, and life, leading to an endless, dreamy voyage through time and space.


We wrote this song trying to imagine a dialogue between mankind and that magical, mysterious and spiritual force that now, more than ever in these crazy times, seems to be far, far away. – Mathame

The brothers grew up in almost total seclusion, finding solace in their sibling bond and music, and Mathame was born on the barren yet alluring slopes of Sicily’s Mt. Etna volcano. With the publication of their first EP, “Nothing Around Us,” and the albums “Skywalking” and “For Every Forever” on Afterlife records that followed, their distinctive sound was recognized on a global scale. After releasing their debut single, “Never Give Up,” in 2020, which Pete Tong of BBC Radio 1 dubbed “The Essential New Tune,” the duo went on to remix songs for musicians including Zhu and Moby. Mathame continued to explore their love of technology by employing AI programming to build their advertising graphics from Mathame lyrics in 2022 after using AI to make a mix series in 2021.

The brothers have been touring hard since the world reopened thanks to the enormous success of a few EPs. They have performed at approximately 150 gigs since then, including Tomorrowland, Miami’s Club Space, Amsterdam’s ADE conference, EDC Las Vegas, and London’s Fabric.

Check out “Come For You” below.