Matisse & Sadko ‘Melodicca’ is the last 2018 track for the duo, after an intensive year full of wonderful releases. 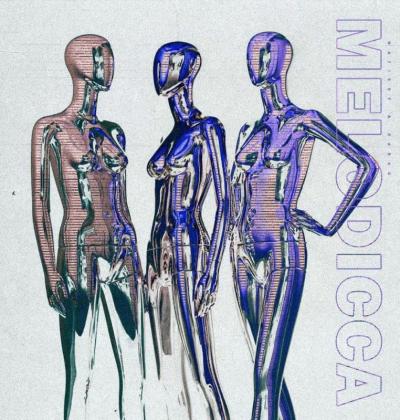 The Russian super duo is back with the long-awaited single ‘Melodicca’. Played for the first time on Beats 1 by the master Eric Prydz, ‘Melodicca’ could be attributed to Eric himself. Instead, the duo re-posted the video on their Facebook page announcing the record as Matisse – ‘Melodicca’. The track reappeared a year later on Matisse & Sadko Monomark Radio 002; this was the last time that ‘Melodicca’ appeared during a radio-show or performance. Now, after more than 3 years, the Russian duo has finally released it.

‘Melodicca’ features, what we can define, the “Pryda vibes”, bringing them to another level. The bass + chords pair is simply perfect and, when the percussions kick in, you will be transposed to another dimension. The soft progressions of the melody perfectly merged with the not heavy but well-defined percussions make Matisse & Sadko ‘Melodicca’ a masterpiece

At the moment of writing, ‘Melodicca’ is available only on Spotify. The copyright and publishing tag says Matisse & Sadko free. It may suggest the track will be released as a free download during the day.

UPDATE As suggested below, the track is now available for free download via this link. Matisse and Sadko posted a little story, too, telling the behind the scene of ‘Melodicca’.

Dear friends! We’d like to tell you a little but wonderful story about this track. Few people know that it had been made at the end of 2008 long before the official launch of Matisse & Sadko project. A friend of ours heard the track and said: “Why don’t you send it to Eric Prydz? This is his style!” We just laughed at him and paid no attention to his idea asserting he was nuts. But eventually our friend sent the track to Eric from his own e-mail behind our backs!
Six years later, one day we were chilling at home when our friend phoned us and shouted: “Guys, Eric Prydz is playing your Melodicca right now on Beats 1 Radio!” To say it was surprising is to say nothing! Being supported by your idol after all those years was absolutely insane! Such moments do keep us going and make us believe in ourselves.
Today we’d like to give you a little present. You can download Melodicca for free. And for those who are used to streaming music, the track is also available on Spotify and iTunes for your convenience! Merry Christmas and Happy New Year!

‘Melodicca’ is only the latest of a long series of incredible releases by the Russian duo. 2018 has been an incredible year for them, first with the collaboration with Tiesto and then with a great number of popular releases. From ‘Built For Us’ on their Monomark imprint to ‘Mystery’ on Martin Garrix STMPD. Matisse and Sadko landed also on Protocol Recordings with ‘Light Me Up’ with Raiden as well as on Tiesto’s Musical Freedom.

The duo performed at Balaton sound, as well as at Tomorrowland and during the Amsterdam Dance Event. Only a week ago, Ultra has released the Phase 1 for the annual ultra Miami, and they confirmed Matisse and Sadko as part of the line-up.[/vc_column_text][/vc_column][/vc_row]