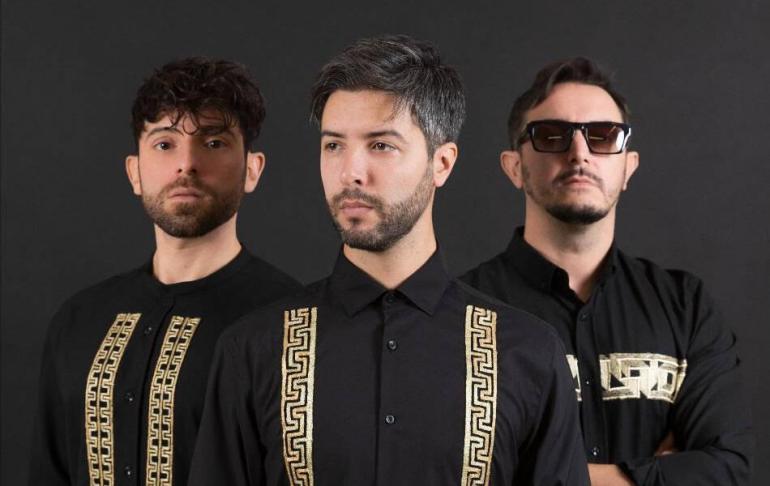 Meduza, Grammy-nominated producer trio, has released a new club-focused production called “Headrush” on Insomniac Records, which features newcomers Elroii. This is their first release in 2021.

“Headrush” aims to depict the well-known story of getting lost in the moment, wandering off, and losing your friends while in a dark and underground nightclub. The driving beat and ominous horns rally, accompanied by Elroii’s relatable monologue detailing the listener’s inner voice, tinged with electrifying synth stabs. The pounding percussion is as immersive as it is demonic, interrupted only by a euphoric breakdown before the dark and haunting beat is further driven. Meduza show off their elite producer skills on “Headrush,” providing a taste of what’s to come from their Summer shows. Meduza will debut an immersive museum experience at Museum Fiasco, located inside AREA15 at 3215 S. Rancho Dr., in conjunction with the release of “Headrush.” On Friday, May 14, at 10 p.m., the award-winning trio will perform at the launch event (tickets already available).

About the artists: Meduza and Elroii

Meduza has dominated the electronic music scene for the past two years. Meduza are the fastest growing Italian artists on YouTube, with over 1 million subscribers, and have been dubbed the “Most Listened to” Italian artist on Apple Music and Spotify in history. In 2019, they were nominated for a Grammy for their debut single, “Piece Of Your Heart,” which featured Goodboys. “Piece Of Your Heart” has over 2 billion cumulative streams worldwide and is certified multi diamond, platinum, and gold in 27 countries. Their follow-up, “Lose Control,” featuring Goodboys and Becky Hill, had an even bigger impact, amassing over 1.5 billion streams and debuting at #1 in the UK Top40 in its first week. Meduza locked themselves in the studio to reveal their next international hit “Paradise” featuring Dermot Kennedy, which debuted last October, as the year 2020 brought a hiatus for live shows. Within weeks, “Paradise” had become their most successful single to date, breaking global streaming records and landing a live performance on the Ellen Degeneres show.

Elroii, a newcomer to the dance music scene, makes their debut with this massive collaboration, hoping to establish their strong productions and mesmerizing vocals as essential listening for dance music fans all over the world.

Meduza’s new single “Headrush” featuring Elroii, released on Insomniac Records on Friday, May 14th, is another electronic masterpiece to add to their discography.