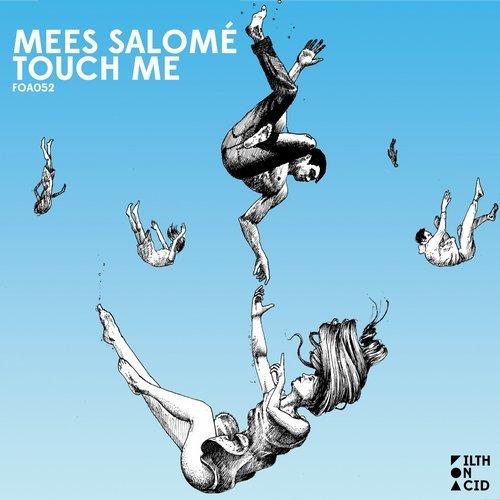 Mees Salomé returns on Filth On Acid with another terrific melodic EP, ‘Touch Me’

After the release of his debut album ‘Big Thoughts Like Elephants’ in 2018, Dutch wonderboy Mees Salomé has been flying quite under the radar. His last release since then, a remix for Fat Sushi’s ‘Timeless’, perfectly encapsulates his Melodic House production style – something back in the days we would have simply called “Progressive House”, that’s what it is. Great arpeggios and progressions, exquisitely delicate breakdowns, and a little big room-ish touch here and there to make things more fun.

Now Reinier Zonneveld welcomes back his protegé on his own Filth On Acid label, the platform Mees entrusted to release his debut album. The return comes in the form of the massive, all-range ‘Touch Me’ EP, the perfect showcase for his abilities – for the ones who are still unaware of the guy.

The four-tracker kicks off with the growing emotions of the title track ‘Touch Me’, a beautiful, driving piece of Progressive; ‘Transition’ keeps on walking the same way, with the apparent, atmospheric calm of the breakdown rapidly transmuting into a euphoric second drop. Track three is ‘Magnolia’, which relies on a continuum of brasses as main lead, that is joined by more ecstatic elements as the tune flows. Closing the EP is ‘A Simpler Time’, which keeps faith to its’ melancholic title but still incorporates that so-called “Big Room” note which always shakes things up in every Mees Salomé’s composition.

As every time, the Dutch prodigy perfectly hits the target with a rousing, yet extremely simple and approachable EP. Give it a spin below or buy it on Beatport.