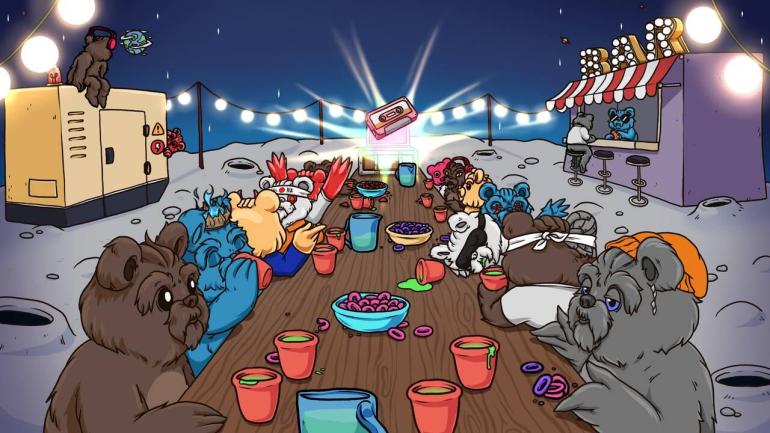 MoonwalkerFM is the first NFT record label to launch, bringing together the worlds of NFTs and the music industry.

This new, progressive and dynamic project uses the already established NFT formula and takes it to new heights with a real, functioning utility that connects a song to an NFT. Not only will investors benefit from two types of rewards (song stream rewards and NFT value), but music artists from all over the world will see their songs championed by large communities who want to see them succeed.

This project arrives at a critical juncture in the music industry’s evolution. Not only has the pandemic had a significant impact on music artists, but their opportunities to earn a living have also been limited. MoonwalkerFM however, is the start of direct support from music fan to music artist and gain from it as well!

A one-of-a-kind benefit for NFT holders.

What makes this NFT launch so special is that not only will NFT holders receive a unique NFT image that is encrypted in the blockchain, but this NFT will also be linked to a specific song that the record label will release. As a result, the owner will be rewarded automatically for the song that will be released on MoonwalkerFM. Each NFT holder will be entitled to either 15% or 30% rewards, which will be paid out each quarter.

MoonwalkerFM is paving the way for a sustainable future for musicians and a major comeback for the music and entertainment industries as it pioneers the transformation of NFTs. The releases will be divided into “seasons,” with “Season 0” marking the start of the first batch. This season focuses on lo-fi hip hop, which will see artists from all over the globe releasing chill, lo-fi beats to go with their uniquely created NFT artworks.

How to Get Involved.

A total of 5,000 NFTs will be minted, with some being more rare than others, and the minting price will be 0.06 ETH per piece. So far, 10% of the presale tickets have been sold, but there will be another presale and public sale later in November.

Songs to study, to drink, to shower, to wake up, to fall asleep, to chill with friends, to bring people together.
LoFi is for everyone.