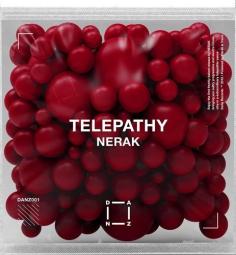 Russian DJ/Producer Nerak has launched his own independent label called Danz Records in partnership with his producer friend Trace. ‘Telepathy’, which is the debut track for the label, it’s also his first single.

Kicking off with rising melodies and fast percussive loop, ‘Telepathy’ rapidly jump into an energetic and heavy progressive-groove drop. The breakdown has a magnificent uplifting melody which, later on, turns into a power-packed groovy drop creating a bombastic atmosphere wherever it’s played. ‘Telepathy’ is definitely a show-stopping tune and, according to the label description on Soundcloud, we’re going to see a lot of upcoming tracks on this label.

We know for sure that if you’re following the scene since some time, Nerak’s name is familiar to you. Half of the duo project M.E.G. & N.E.R.A.K. who got very popular in 2015-2016 because they were a part of Axtone’s roster and the numerous releases on Spinnin’ Records, Axtone & Doorn Records. Hard hitting drops and energetic synths is something that they were known for.

‘Telepathy’ features some key elements from the duo project as the electric vibes and the soudn of the synths are also similar.

“Independent label releasing exceptional Progressive/Tribal/Bass and Tech House vibes” is what the description of the label says and, we cannot wait to hear more coming from Danz.

Tune into Nerak’s new track ‘Telepathy’ below and if you enjoy it, make sure you grab yourself a copy.[/vc_column_text][TS_VCSC_Soundcloud url=”https://soundcloud.com/danzrecords/nerak-telepathy” color=”#1e73be”][/vc_column][/vc_row]