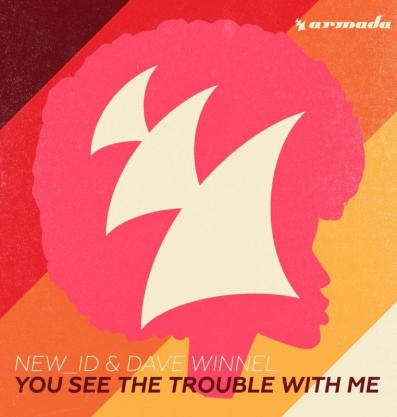 Directly from the best stage at Tomorrowland, Axtone and Armada’s artists NEW_ID & Dave Winnel have teamed up for a brand new record called ‘You See The Trouble With Me’ out now on Armada.

The two artists ave just spent the weekend at Tomorrowland, joining Axtone for its takeover of the Freedom Stage. They both have played the track that has literally set the dancefloor on fire and let people went crazy. The track has appeared for the first time almost a year ago during a NEW_ID performance in Osaka, Japan. Since then the track was massively played by Devi as well as by Axwell in several occasions as the Axtone party in Miami.

Because this massive support by Axtone’s Boss himself, fans supposed that the track would be released  on Axtone but, almost a month ago, when Dave Winnel dropped it during Protocol Radio and after some leaked information online, ‘You See The Trouble With Me’ was announced as NEW_ID x Dave Winnel collaboration coming out on Armada.

The record has the typical sounds of both artists, with a funky and groovy bassline mixed perfectly with an impressive dose of percussions. The breakdown, mainly occupied by the vocal loop and the rising bassline and percussions finally explodes in uplifting second drop where the main melody is gradually pitched up, making this drop even more interesting.