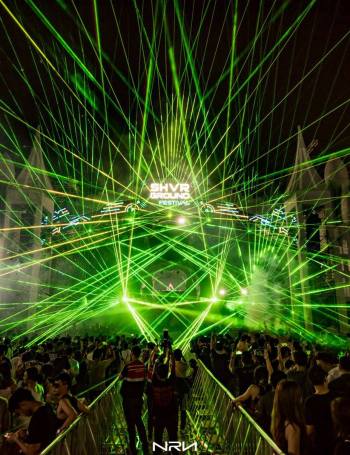 Nicky has opened the DJ set with his brand new collaboration with Dimitri Vegas and Like Mike, already announced on his own Radio show, Protocol Radio. The release date is still a mystery but we are sure we will know something new in the next weeks. The first ID came as early as the second track of the set and this was the first ever play. Following it, Nicky dropped what it seems to be one of his own new track; it has already been dropped during his show in Germany and France this month. Both IDs are a true progressive record with uplifting melodies typically of Nicky. If you follow Nicky’s Protocol Radio you would know that he, in more occasion, has talked about he was working on some new pure progressive house records.

Last but not least he dropped the upcoming collaboration with KO:YU. The track was premiered back in March during Ultra Music Festival Miami, #ULTRA20, and has been played several times during Nicky’s USA tour. He has also played ‘Heaven’, one of the new songs by Avicii.

Nicky is going to play Ultra Europe, Tomorrowland and other festivals that will be announced in the following month; we are sure we’re going to hear all these new records during the upcoming gigs.

SHVR Ground Festival in Jakarta is a two-day festival, one off the greatest one in Indonesia, and 2018 edition has seen on the stage names such as Dannic, Cash Cash, Disclosure, Alison Wonderland, Alan Walker, Nicky Romero, and many others.