Protocol head honcho Nicky Romero is back on his imprint with Teamworx for ‘Champion Sound’ follow up, ‘Deep Dark Jungle’. 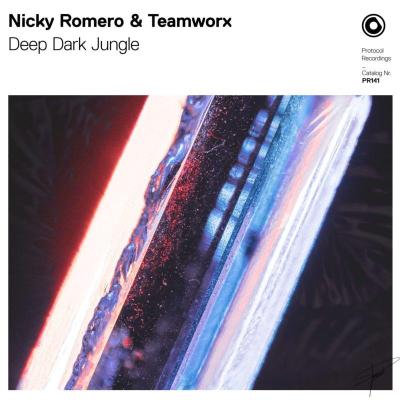 Has Nicky infinite energies? Is he a cyborg? We’re asking these questions because, lately, Protocol boss has released an incredible number of super high-quality releases. It’s been a little more than 2 months since the beginning of 2019 and, Nicky Romero has already released 3 new singles, more than once a month.

If you’re an aspiring producer, Nicky Romero has released 250 samples via Splice. It comes straight from Nicky’s studio and most of them have been used to create the iconic Nicky’s signature sound. The full pack is available here.

Despite the track is actually damn good, we can’t ignore the fact that at least the drop, is way similar to Axwell Λ Ingrosso ID, ‘Behold’. The melody rhythm has been a little bit changed by, the main up-and-down core beat sounds very similar.

‘Deep Dark Jungle’ is the second collaboration between Nicky Romero and Teamworx and the sixth release on Protocol. The tune is currently out now on every platform. You can grab your copy following this link or stream the track below.[/vc_column_text][vc_column_text][/vc_column_text][vc_video link=”https://www.youtube.com/watch?v=t-t8lAJ4Ymg” align=”center”][/vc_column][/vc_row]