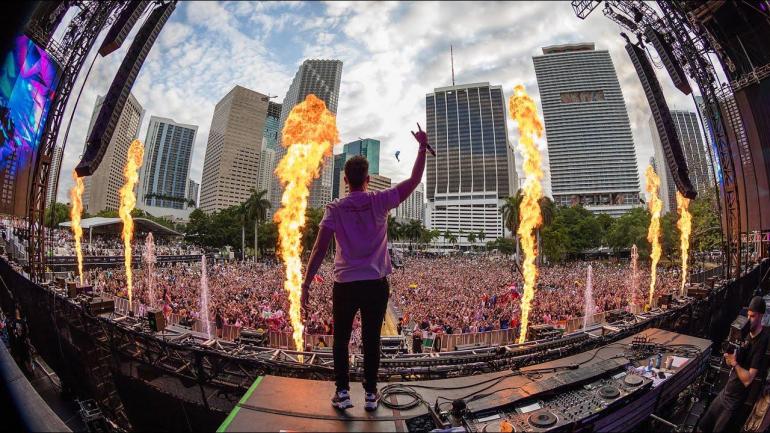 There are not really a lot of artists that, no matter the time slot, the stage, or the festival, they’ll always deliver the perfect set accordingly. If we had to throw a name that stands out above all when it comes to these characteristics, we can’t help but think of Nicky Romero. Having shaped dance music in the past, Nicky has carved out its leading position on the global stage. This year’s Ultra Miami is another proof of how he is a master in the studio and behind the decks.

We learned that nothing could be expected when a new Nicky Romero track was ready to be released. From pop music to underground techno under his alias Monocule, Romero has covered basically almost electronic music genre in the past few years. This incredible dynamicity in the studio struggle to come out on the stage because of the pandemic that affected the music industry in the past two years. Finally, tho, Nicky Romero was able to showcase everything he worked in the past years in the studio delivering one of his best sets at Ultra Miami 2022.

Expect one hour of house, progressive, main room, and techno sounds cleverly crafted and put together by one of the best in the field. Kicking off with his So Much Love as Intro Edit, from the start he dropped right away two new feeling-good house IDs. From the classics such as Benny Benassi’s Satisfaction to the brand new Human by John Summit, Nicky Romero touched almost every electronic music genre. He even moved to acid techno and hip hop at some point.

Nicky Romero’s set is one of those performances that, no matter if it’s just started, it’s in the middle of the set or he’s playing the closing song, the crowd is always super pumped, ready to dance and to enjoy the moment. No downtime or breaks, Nicky Romero’s sets are a charge of adrenaline from start to finish, and this year’s Ultra Miami is the definitive proof of this.

The full tracklist is available via 1001tracklists. Ultra Music Festival Miami is live streaming right now from Bayfront Park. Have a look at the incredible main stage.