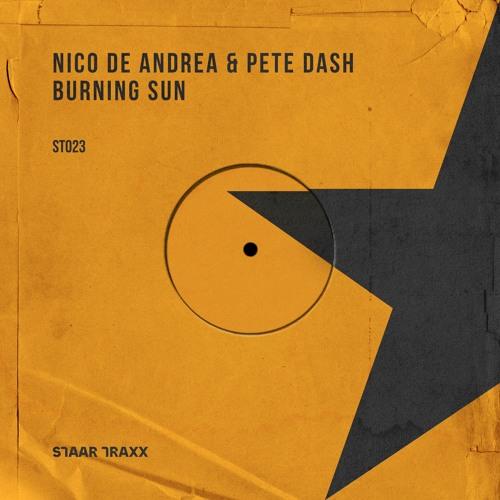 This track was first played on Kryder’s Kryteria Radio 049 in September 2016 and people have been waiting for the release since then. It’ already supported by some renowned artists like Promise Land, Gregor Salto, Aqiila to name a few. A perfect combination of groove along with fist-pumping energy of the house beat, tribal percussion vocals and of course some more groove!

Nico de Andrea is no new guy; his music has reached many countries thanks to his unique personality that has evolved since big room’s heyday. He is supported by artists like Nicky Romer, Dannic, Tom Swoon and the list goes on & on. He has previously released tracks on SPRS with Klosman and one on Flamingo Recordings which was a collaboration between him & Simon Kidzoo. He was also the first guest of our series of interviews “Let’s Talk About” (check the interview here).

Talking about Pete Dash, he is the future limelight of Netherlands, an unquestionable talented guy who never fails to surprise the people with his music. He has also a podcast called ‘Back to Jack’s house’ where he delivers continue house and groovy music.

Even he’s supported by major artists in the EDM scene, Staar Traxx is a label that will always choose quality over quantity and they continue to discover hidden talents all across the globe.