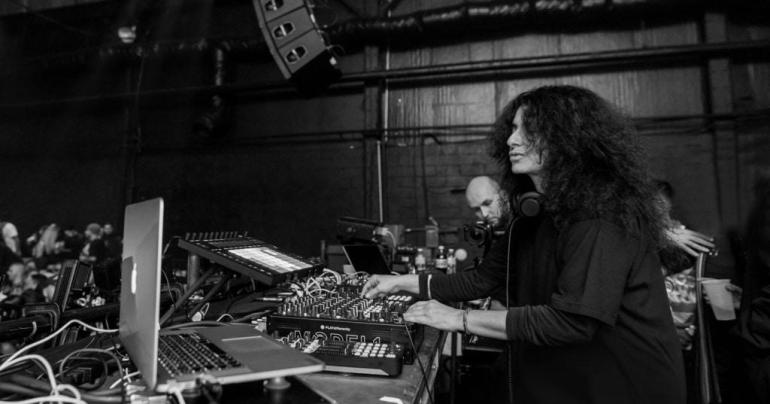 Mood Records’ boss Nicole Moudaber performed three back to back shows in India including Mumbai followed by Hyderabad and Bengaluru. Our team attended the event in Mumbai and the night opened up with Ana Lilia, a Techno DJ from Mexico who is based in India. The set was followed by Peter Schumann who has his own genre entitled “Elastic House”. The moment techno queen Nicole took charge of the decks, party people at Kitty Su began to sway back forth to the beat. She commenced her set with some groovy tunes which were later on followed by some hard-hitting techno bangers.

Talking about the techno powerhouse Nicole Moudaber, she launched her imprint “Mood Records” in 2013 and the releases have been supported by major artists such as Carl Cox, Pleasurekraft and Pan-Pot to name a few. Her main motive to start the label was to release meaningful tracks with a mint of quality, she thinks that her label is more of a creative project than a money-making machine. Not only she is a talented producer but also a DJ who is known for her iconic techno sets.

In case you didn’t know, Ultra Music Festival has dropped the latest wave of artists for its 2020 edition and it includes the one & only Nicole Moudaber who is about to play a special B3B set along with Dubfire and Paco Osuna. A remarkable set and incredible energy is something that everyone enjoys.

To sum it up, it was a memorable experience to see the Lebanese/British producer live and the venue could not be any better than Kitty Su. India has been graced with legendary techno artists like John Digweed, Dubfire, Deborah De Luca and many more because of sLick and Kitty Su. The scene is constantly evolving and we look forward to make more memories by attending such events.

Check out the glimpses of Nicole Moudaber‘s set below and watch out for this space as we cover more such artists.