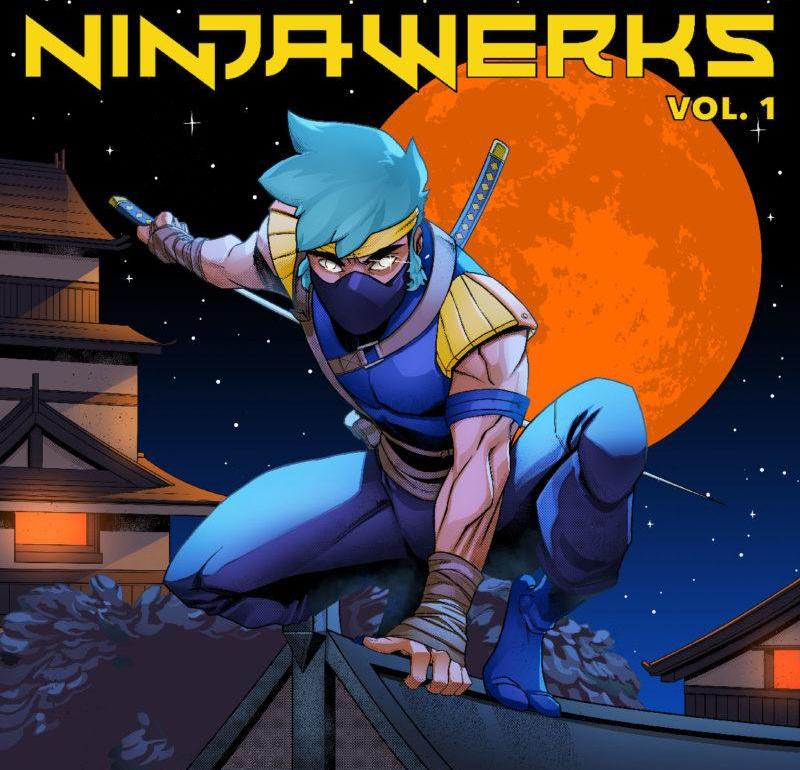 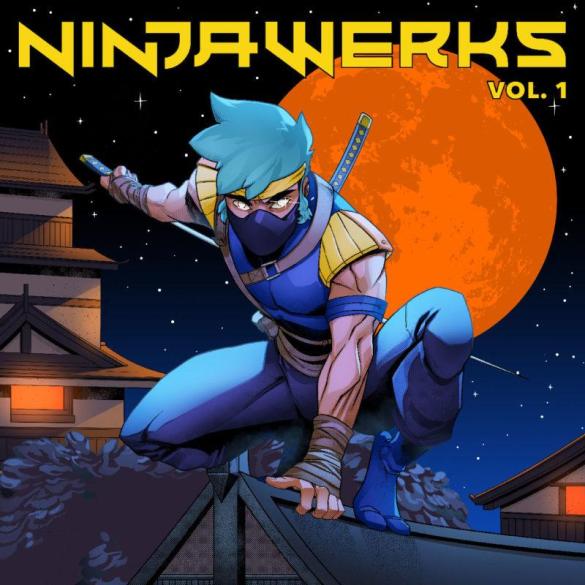 Ninjawerks Vol. 1 is the brand new EDM album/compilation by Fortnite #1 player, Ninja. It was about time that 2018 most popular video game, Fortnite, provided himself a right and on-point soundtrack.

For most of you, this news could be a bolt in the blue so, let’s go back a few weeks. The first release that came out under Ninjawerks brand was Alesso ‘Tilted Towers’. The name of the track came straight from Fortnite. ‘Tilted Towers’ was rapidly followed by other two releases, one by 3LAU and the other from Tycho, both part of Ninjawerks Vol. 1.

Last week Ninjawerks Vol. 1 has been enriched with three new records. Kaskade ‘On Your Mind’, a very fresh tune that really shifts from the usual Kaskade sound. Electronic band NERO joined the album/compilation with their ‘Lullaby’; down-tempo beats filled with pure electronic synth and vocal used as melodies. There’s no two without three so ‘LFGD (feat. Chris Melberger)’ joined last week’s release block. Produced by Dillon Francis, this time his style is clearly identifiable; a fusion of hip-hop and electronic vibes in a super-fast mix.

With already six tracks on Ninjawerks Vol. 1, the album/compilation could be finished. Instead, Ninja and Astralwerks injected six new records. Starting with Tiësto and Zaxx collab, ‘Affliction’ is nothing but deep low-tempo beats and melancholic melodies. The record is something different from what we are used to hearing from Tiesto; instead, we can hear Zaxx style very clearly. This mix of style between the two merged on top by the incredible vocal by Olivera makes ‘Affliction’ a very fresh tune.

Released in blocks of three tracks at a time, Ninjawerks Vol. 1 is now available in full effect via Astralwerks (UMG Recording).

Ninjawerks Vol. 1 is supposed to bring the most important figure of the dance scene in one album/compilation and they did it very well. NOTD ‘Start It Over’ features the angelic vocal of CVBZ and SHY Martin. Up-tempo beats and pop/radio-friendly vibes are the main elements of ‘Start It Over’. Nothing too extraordinary but a very interesting song.

GTA jumped on Ninjawerks Vol. 1 too. No, we’re not playing about the popular video game but the Miami music duo, the guys behind ‘Intoxicated’ with Martin Solveig (the track counts now almost 200M streams). The duo now produces a kind of hip-hop/trap-oriented music, merged with electronic elements, and their ‘All About It’ it’s just like that. Featuring Cimo Frankel vocal the track is totally in line with GTA style.

‘If We Stay’ by Justin Caruso and Ivy Adara is the 9th record on Ninjawerks Vol. 1 album/compilation. The record is a mid-tempo chill and relaxing tune perfectly filled with the incredible Ivy vocal. The incredible touch of the soft piano vibes will help you to recover after a long day of work.

Ninja presents NinjaWerks, the first-of-its-kind album in partnership with Astralwerks, featuring original music from top electronic artists around the globe.

Now, probably our most waited record of the album. Ninjawerks Vol. 1 welcomes Russian superstar Arty with his ‘Velvet’. A rolling and super-wide bassline filled with a soft but at the same time important vocal drive you to the buildup. A progressive uplifting melody will guide you through a mystical journey. When they say “No Arty No Party” this is a great example of what we’re talking about. The drop melody is superb. A tiny no, in our opinion, is that kicks seem to be a little bit too “hard” for the softness of ‘Velvet’. Besides that, amazing job!

At number nine find ‘Love Cemetery’ – weird title but ok – by CRAY. The track, as a couple of previous ones, features deep and low-tempo beats and it feels particularly melancholic. The track is not really the genre we talk about on the blog but, it’s a great one. You should check it out.

At the closing of Ninjawerks Vol. 1, we find Ducky upcoming DJ and producer from LA. ‘Love You Just The Same’ is a drum N bass-oriented tune with super fast beats and hypnotic melodies. Unlike all the other DJs and producers that joined the album/compilation, Ducky doesn’t make millions of streams with her music. This doesn’t mean it’s bad, indeed, it’s probably one of the freshest producer featured in Ninjawerks Vol. 1. If you like Porter Robinson and Madeon electronic vibes, you definitely need to check out Ducky music.

Besides the fact that, one of the tracks of the album/compilation features Ninja, the most famous Fortnite player, why Fortnite is involved in it? The answer stays in the cover arts; every single record has its own Fortnite-inspired cover art, as well as the main album cover.


Because the name of the compilation, album cover art shows Ninja in the vests of a Fortnite character. This same concept has been used for every release. Every record on the cover shows the artists as Fortnite characters, with custom skins.

We have appreciated a lot this artistic touch on the album. Most of the time, as in this case, a good mix of music and visual contents bring the final product to another level. We have collected all these amazing covers below; enjoy!

The label was founded as an imprint of Caroline Records in 1993. Later in 1993, Caroline parent company Virgin Records was acquired by Thorn EMI and Astralwerks became an imprint of Virgin. Capitol Records and Virgin Records America were merged in 2007 to create Capitol Music Group after a massive restructuring of EMI Group Ltd.

Among many, Axwell and Ingrosso released, under Astralwerks, their limited edition vinyl Dancing Alone LP.