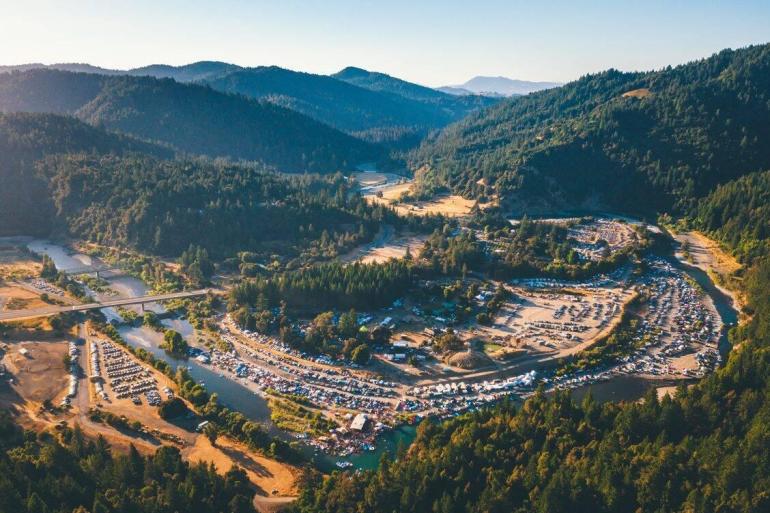 Northern Nights Music Festival has announced the first phase of its lineup and released tickets for their 2022 return to California‘s iconic Redwood Forest, which will take place July 15-17. Taking place at Cook’s Valley Campground in Piercy, CA on the Humboldt / Mendocino border, the festival has built its name based on an eclectic mix of music, industry-leading cannabis programming, and serene natural landscapes.

The festival offers a new-age portal to the Great American West, set behind the Redwood Curtain in the fertile crescent of the Emerald Triangle. Northern Nights has established itself as one of North America’s most unique boutique festivals, bringing together a dedicated community of music fans, cannabis enthusiasts, and nature lovers to the picturesque Eel River shores.

At the River Stage, attendees may find themselves floating in the river while doing yoga by day, catching the future of live electronic on the mainstage at sunset, or exploring art installations and dancing into the night at the Bunker Stage. It’s an adventure personified by the West Coast’s wild independence, curated with global sensibilities in mind.

Northern Nights was the first music festival to have legal onsite cannabis sales and consumption, making it a pioneer in the music meets cannabis space. As a result, the festival has evolved into a hotbed for forward-thinking cannabis culture and policy, serving as a trend-setter for the live entertainment industry and beyond. Their cannabis consumption area, the Tree Lounge, remains a cornerstone of the Northern Nights experience, with a full showcase of premier cannabis brands, medicated dining experiences, cannabis yoga, and more bespoke programming to be announced.

In 2019, The Tree Lounge celebrated the best of the Emerald Triangle, including Madrone California, Humboldt Farms, Redwood Roots, and Emerald Exchange, as well as highlighting powerhouses of the California cannabis industry like Cookies, Cannacraft, Jetty Extracts, and Chemistry. Northern Nights will use their experience and updated local and state regulations when they return in 2022 to expand the Tree Lounge throughout the festival and further normalize cannabis concessions at events.

In other exciting cannabis news, Northern Nights has also announced they will be hosting a takeover of the Redwood Stage at The Emerald Cup Harvest Ball, which is taking place from December 11th-12th, 2021 at the Sonoma County Fairgrounds in Santa Rosa, California. Mr. Carmack, Random Rab, Dirtwire, SOOHAN, Sidecar Tommy (of Beats Antique), A Hundred Drums, and others will perform on their stage at the renowned cannabis event.

Experiential wonder lurks around every corner at the festival, as those in the know will tell you. Explore Northern Nights’ curated art and fashion vendors on merchant row, watch a variety of live painters create throughout the weekend, grab a drink at a specialty bar, or simply relax at your campground or Glamping site under the Redwoods’ canopy.

It’s a natural wonderland just waiting to be discovered with new and old best friends. Make your plans now to attend one of the year’s most unique festivals.