Tom Staar brings back the tribal vibes in his new remix for Oliver Heldens ‘Fire In My Soul’. Featuring the amazing voice of Shungudzo, Tom Staar’ remix is a real club weapon. 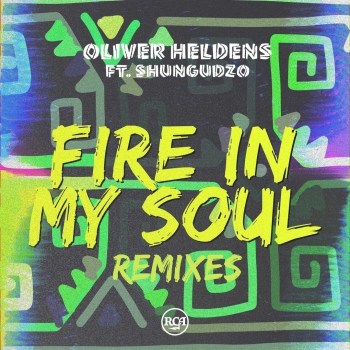 After an incredible 2018, Tom Staar is ready to keep the groove going into 2019 too. His brand new remix for Oliver Heldens single ‘Fire In My Soul’ is nothing but groovy-tribal vibes at their best. Filled with rolling percussions and carnival vibes, the remix introduces a rumbling and addictive toms’ and snares’ rhythm. On top of that, the incredible Shungudzo vocal that fits perfectly with the whole mood of the record.

Tom Staar remix is not the only one that has come out. In the past weeks ‘Fire In My Soul’ received another groovy-infused remix by Gil Sanders. Justin Caruso joined the remix team too delivering a more housy oriented one. Both three remixes are available now for the stream and download.

Oliver Heldens ‘Fire In My Soul’ came out in late October and it has rapidly earned almost a million streams on Youtube and more than 4.6M on Spotify. With Gil Sanders and Justin Caruso remixes at over 100k plays, we’re sure Tom Staar’ one will be another success.

The original version released back at the end of October 2018, merged Oliver Heldens’ signature sound with Latin elements. To give this carnival and latino imprint to the track, Shungudzo vocal was a pillar contribute. Released on SONY Music, ‘Fire In My Soul’ received massive support worldwide; with more than 100 plays recorded on 1001traklist, the record was continuously played over the months.

2018 was for sure one of the greatest years for Tom Staar. He landed again on Axwell’s Axtone with the masterpiece ‘Come Together’ and then come back with ‘Otherside’. With the fellow buddy, Kryder, Tom Staar released the long-awaited remix of ‘Bingo Bango’ on the new Kryteria imprint. Mr. Staar recently released also on SIZE with Sunnery James and Ryan Marciano.