Afterlife and Tale Of Us announce Hï Ibiza residency every Thursday

The legendary techno duo Tale Of Us will bring Afterlife at Hï Ibiza for the 4th season of residency, every Thursday all summer long.

If there’s someone that has brought freshness on the music scene in the last years, those are Tale Of Us. The Italian duo, now based in Berlin, has revolutionized the techno game with their melodic-techno vibes and the launch of a new record label. Today Afterlife is more than a label, it’s a state of mind, a way of life, something more than simply music.

Besides the music label, Afterlife is a party series too. With its extraordinary lineups and stops around the world, Afterlife has managed to win the hearts and minds of many fans, collecting sold out parties on the remotest corners of the earth.

Tale Of Us, some weeks ago, announced Afterlife in Milan, their hometown, with a mind-blowing lineup. Luckily, the party announcements are not over. This week, the duo has dropped the bomb news of Afterlife party residency at Hï Ibiza.

Debuting the 27th of June, Afterlife will run until the 3rd of October. Afterlife will take over the Theatre and the Club room with around 8 performances per night. The lineup for every night is one of the best you can ever imagine. From the label bosses to Amelie Lens, Maceo Plex, Dixon as well as Afterlife’s roster members as Mind Against, Fideles, Mathame and many, many others. 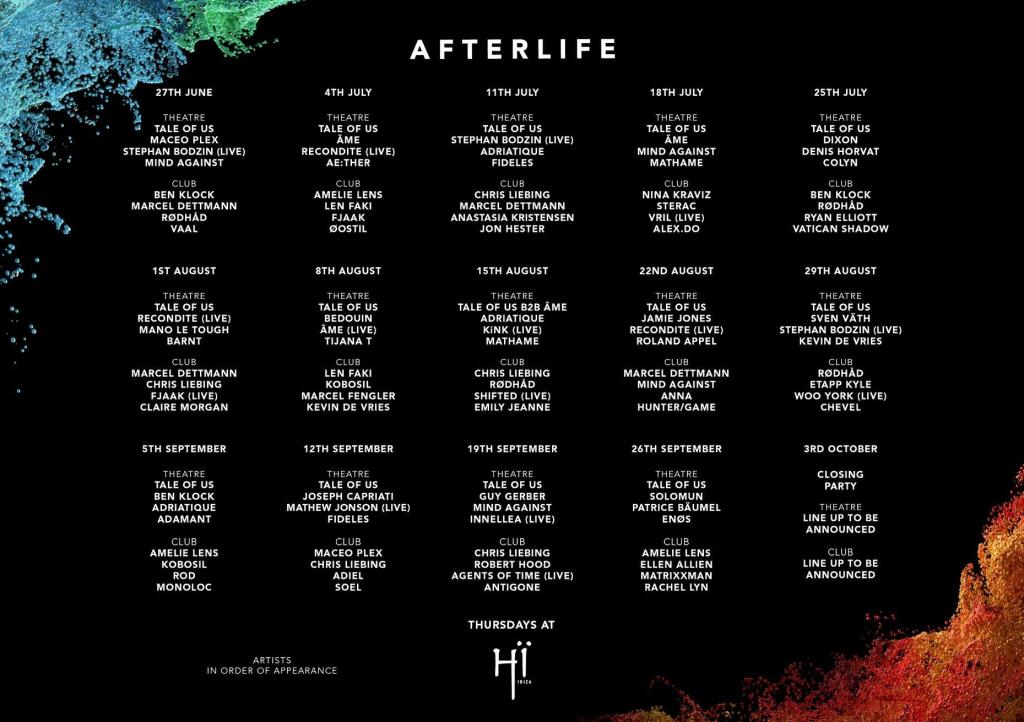 Tickets are now available for every night via Resident Advisor from € 35 to € 45.

Below you can find clips from last year Afterlife residency with Tale of Us, Ame, and Adriatique.

This year Hï Ibiza has teamed up with the legendary Ushuaia for a never-done-before party that will see the two cubs running for 24 hours. The party, called Odyssey, will welcome Tale Of Us, Adriatique, Anna, Peggy Gou, and many others. More info here. 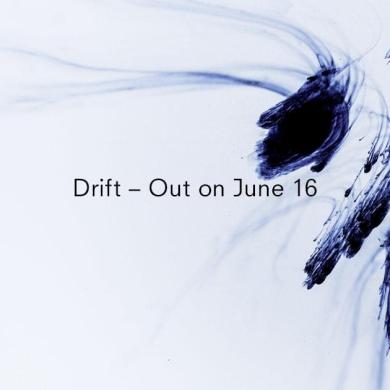 Tom Staar is back on Steve Angello’s SIZE Records with ‘Drift’
8
This website uses cookies to ensure you get the best experience on our website: Find out more.