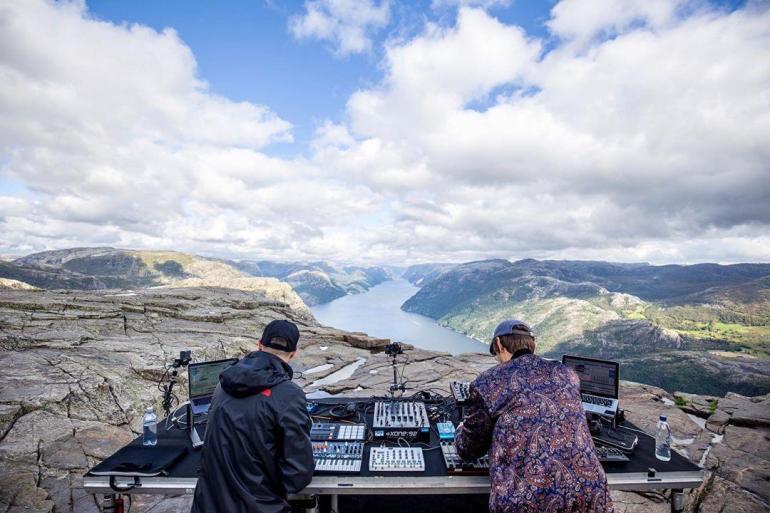 French media company Cercle steps up its game bringing Einmusik & Jonas Saalbach to play on top of Preikestolen in Norway.

Breathtaking location and top-notch artists; this is the magic combo that has made Cercle the leading company in live streaming performance from the most beautiful corners of the earth.

This week, after a small summer pause, Cercle’s team has headed over Norway. They brought deep house legends Einmusik & Jonas Saalbach on top of Preikestolen for a once-in-a-lifetime performance.

A year of behind the scene work has finally let Cercle deliver this 1 hour and a half stream from once of the most wonderful location on Earth.

Einmusik & Jonas Saalbach have delivered a deep house packed set, perfect for the location. Kicking off with a brand new Saalbach ID, the two continued to play their own releases as well as brand new music. The performance closed up with Einmusik Maan, a perfect ending for the show.


Preikestolen is, for sure, one of the highlights of this year Cercle; they brought the equipment with a helicopter!

How to watch Tomorrowland 2022 live stream

As always, the whole performance has been live-streamed and you are now able to relive it below.

Preikestolen is a steep cliff which rises 604 meters above the Lysefjorden. Atop the cliff, there is an almost flat top of approximately 25 by 25 meters.

Tourism at the site has been increasing in the early 21st century, with between 150,000 and 200,000 visitors in 2012, making it one of the most visited natural tourist attractions in Norway. The only way to reach it is by foot following a 3.8-kilometer path.