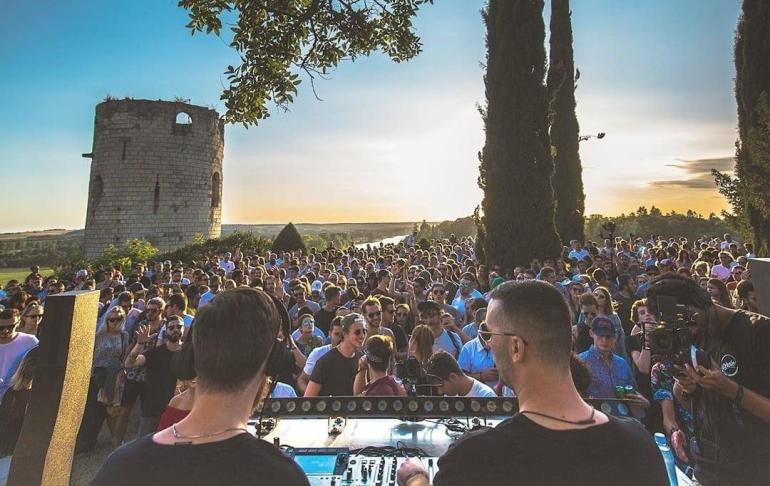 Italian duo Fideles joined Cercle at the Forteresse Royale de Chinon for an hour and 45 minutes of pure techno music.

Bringing the party to the most eclectic and breathtaking location, French media company Cercle has returned this Monday for another incredible show. Located on the historical Forteresse Royale de Chinon, on the bank of the Vienne river in Chinon, France, Fideles took over the stage.

As always, expect nothing but brand new and unreleased music. Fideles delivered a perfect sunset set showcasing new music from themselves, Colyn, In Anima and more. A perfect closing, with the sun on the horizon, Fideles played in sequence their incredible The Last Glow, released on Afterlife, and their remix of BOg & GHEIST Venere.

The entire performance is now available on Cercle’s Facebook and, in a couple of days will be also available in high definition on YouTube.

The settlement of Chinon is on the bank of the Vienne river about 10 kilometers (6 mi) from where it joins the Loire. In 1156 Henry II of England, a member of the House of Anjou, took the castle from his brother Geoffrey, Count of Nantes after Geoffrey had rebelled for a second time. Henry favored the Château de Chinon as a residence. Most of the standing structure can be attributed to his reign.

Early in the 13th century, King Philip II of France harassed the English lands in France and in 1205 he captured Chinon after a siege that lasted several months

The French Ministry of Culture recognized the fortress as a historical monument in 1840. The Indre-et-Loire General Council owns and manages the castle, which contains a museum and it is now a major tourist attraction. In the early 21st century it was restored at a cost of €14.5 million.

The French media company Cercle has become one of the most famous live streaming platforms in the techno circuit. Almost every Monday Cercle invites an artist to perform in an unconventional location. From historical sites to stages built in the middle of nowhere, Cercle not only records but also live streams the entire show on Facebook.