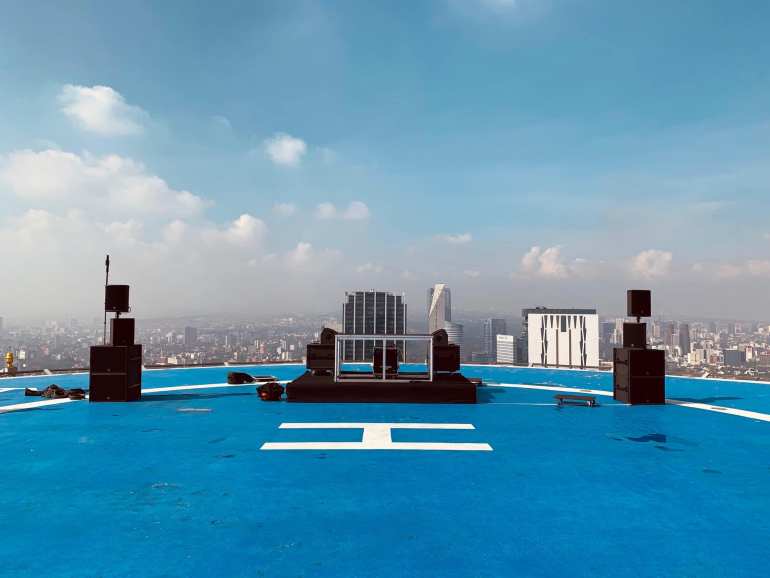 Mathame will play the first time for Cercle, in one of the most breathtaking Mexican locations

French media company Cercle is back with an exclusive performance of the most in-demand-techno duo at the moment; the Italians Mathame will take over Reforma 180 helicopter in Mexico for a special sunset DJ set.

This time is a very special debut show: Mathame will play the first time for Cercle, in one of the most breathtaking Mexican locations. The show will take place at the top of one of the most modern skyscrapers in Latin America: the Torre Punta Reforma, which holds the Reforma 180 heliport, in Mexico City. A special party for 100 people only that will have the chance to see and listen to the duo dropping a lot of new music and probably, some never heard before IDs.

As always, Cercle will broadcast live the entire Mathame set via Facebook; the performance will be uploaded in high definition on YouTube as well.

Prepare for incredible performance with Mathame that will bring you in a journey through the realm of consciousness.

The boys have kicked off the show with their most famous record, Nothing Around Us, continuing with an incredible series of IDs and new music. Of course, their remix with Tale Of Us for Adriatique’s Mystery has been played for everyone’s joy. Moving on to some of the most famous Mathame’s edit to their gem Skywalking, the duo closed the set with what it’s supposed to be their next release via Afterlife. Played during their closing at Untold too, I Never give Up merges melodic techno and deep, dark and progressive vibes for an incredible release.

Watch the previous Cercle’s invites here or Mathame sets from the Cercle Facebook page or below.