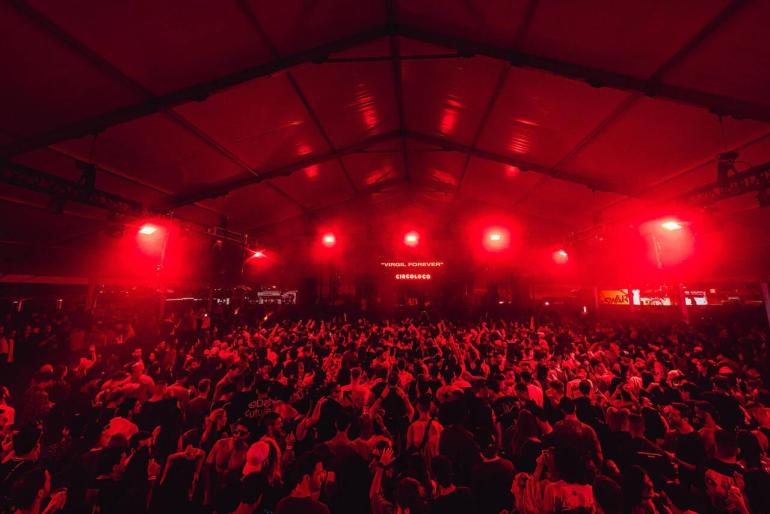 CircoLoco remains dedicated to bringing the cutting edge of electronic music to the forefront of its billing. Miami Music Week 2022 will see the brand take a left turn with a slew of experimental leaders. One such example is DJ Tennis, who is sure to bring psychedelic sonics that will effortlessly bounce off rising newcomer Carlita‘s as they go B2B. A classically trained composer and producer that evokes ethereal romanticism of her Turkish and Italian roots, Carlita’s forthcoming EP is soon to be released on DJ Tennis’ very own Life and Death imprint. Damian Lazarus, label boss and electronic storyteller for Crosstown Rebels, and desert house duo Bedouin, known for dazzling crowds with their hypnotic Burning Man-style and Middle-Eastern electronic fusion, round out the lineup.

Seth Troxler, a Detroit legend, is set to headline CircoLoco with his mixing expertise. Palms Trax, Dekmantel favorites; French talent represented by XCESS label owner and PVBLIC XCESS founder Chloé Caillet; and TSHA, one of London’s most exciting new producers, round out the lineup.

CircoLoco will also be giving away exclusive CircoLoco merch to the first 1000 attendees to commemorate their arrival and the return of Miami Music Week.

Mana Wynwood, founded by visionary entrepreneur and Mana Common CEO Moishe Mana, is a cutting-edge event campus in the heart of Miami’s Arts and Entertainment District. Known for dozens of the largest and most prominent murals in Wynwood, Mana Wynwood spans 100,000-square-feet across two main rooms, and hosts everything from conventions to music festivals, art exhibitions, galas, and more.

How to buy the Tomorrowland limited edition Vinyl Collectors Box

CircoLoco’s return to Miami this Spring follows the brand’s recent appearance at Art Basel 2021 in November, where it brought The Martinez Brothers, Seth Troxler, Honey Dijon, and Tale of Us to Island Gardens for the week’s biggest musical event.

CircoLoco also collaborated with Rockstar Games to launch CircoLoco Records in 2021, uniting the best in underground dance culture with a global leader in interactive entertainment. The debut release compilation Monday Dreamin’ featured visionaries and icons from every era of CircoLoco’s greatest parties; including new releases from Carl Craig, Luciano, Seth Troxler, Moodymann and Rampa, as well as up and coming artists that point to the future of dance music including Sama’ Abdulhadi, Lost Souls of Saturn & TOKiMONSTA, Red Axes, and many more.

CircoLoco and Teksupport share a commitment to providing crowds with unrivaled house and techno music curation. They are well-known for hosting sensational artists and attracting some of the underground’s most devoted crowds from all over the world. CircoLoco’s return to Miami Music Week follows a slew of global show announcements that include the iconic brand taking over dance floors in Rio de Janeiro, Bogotá, Paris, Antwerp, Rome, and many more.