Deadmau5 to return with his own party for Miami Music Week

18 and 19 March at Delano Beach Club and Magic City Innovation District, deadmau5 and Test Pilot return in Miami for the hottest week of the year. 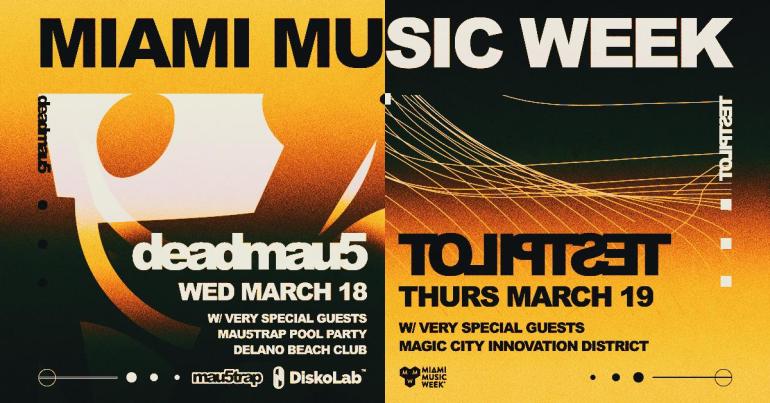 Deadmau5 is set to return in the beautiful Miami with two parties (one as Testpilot too) for the Music Week the 18th and 29th of March 2020.

Less than a month from the iconic Miami Music Week, the annual event that will bring electronic music enthusiasts as well artists and insiders in the Florida capital. With Ultra Music Festival back at Bayfront park, tons of parties already announced and an incredible selection of events and conferences, one of the most awaited party will also return with two distinct event that will see deadmau5 perform at Delano for the Mau5trap Pool Party and, on the next day, as Testpilot at the Magic District Innovation District.

Deadmau5 will return with his own imprint Mau5trap in Miami for a legendary pool party in the iconic Delano Beach Club, on Wednesday, March 18th at 12:00 pm EDT. The lineup will also include very special guests that will be announced later on. Tickets pre-sale will start tomorrow Thursday, February 20 at 10 am ET for fans only via this link; pre-register to get access to it. General sale will start the day after, same time. The event is 21+.

The lineup has been finally released and it includes the main man Deadmau5 as well as BSOD (Deadmau5 and Steve Duda), i_o, No Mana, Blackgummy, MOGUAI, Sian, Speaker Honey, Kindrid, and C.H.A.Y.

If you can’t get enough, on the next day, Thursday, March 19 at 9:00 pm EDT at the Magic City Innovation District, Deadmau5 underground alias Testpilot will take over the incredible venue with a special lineup to be announced. Pre-sale starts tomorrow same time and method as the Mau5trap pool party. The event is 18+.

Years’ alleged collaboration with Axwell, ‘Bliss’ is out now after 7 years