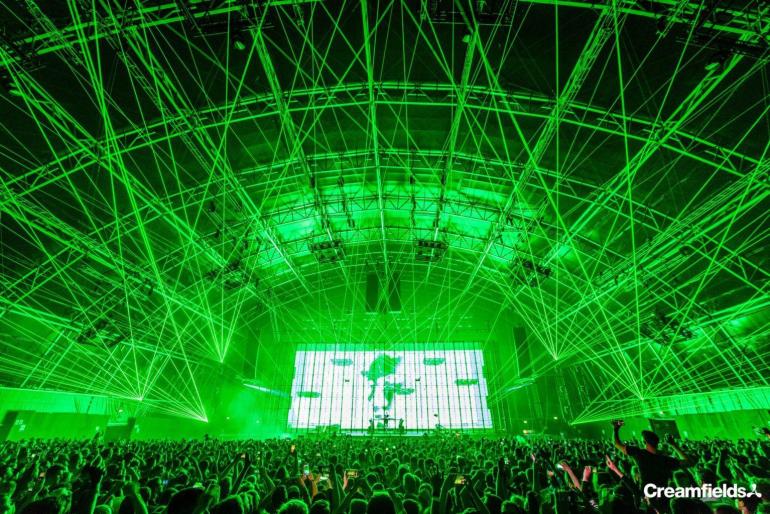 Festival season in the UK has kicked off with Eric Prydz and his HOLO show at Steel Yard, London. The Swedish maestro has brought the most technologically advanced live performance for another successful show.

We’re still working on a full video of the night but, in the meanwhile, you can enjoy the following stunning videos.

UPDATE: you can find the full 2-hour video at the end of the article. Thanks a lot to Julien Tournadre.

With a 3D system of lights and lasers headed by the famous led cage in the front, Steel Yard London has been turned into a futuristic environment.

Several lines made by 6 square pannels hanged to the roof and filled with light beams could move to create a real feel of a 3D stage. On the front, 6 massive lasers were on the side of the massive led wall cage where the holograms come to life.

This massive work of design, mapping, and configuration of the entire structure and show has delivered a unique experience.


Talking about the tracklist of this HOLO show, as usual, Eric Prydz has played old and new tunes.

He has kicked off with WOWOWO, a well-known ID, played for the first time back in 2010. Rapidly followed by a brand new ID, never played before. This was the actual world premiere of this new tune, played as the second track. Eric Prydz also dropped his Beats One #15 ID as well as the one played at Terminal 5.

With yet another successful HOLO, Eric Prydz continues his series of top-notch shows around the world. He will play during Tomorrowland as well as at Creamfields with a brand new show, VOID.

Eric Prydz is going to release brand new EPs during this summer so, stay tuned on his social and on our blog to get the news first.

Steel Yard London is not over; today Carl Cox will bring his Ibiza party for another, we are sure it will be, successful day.