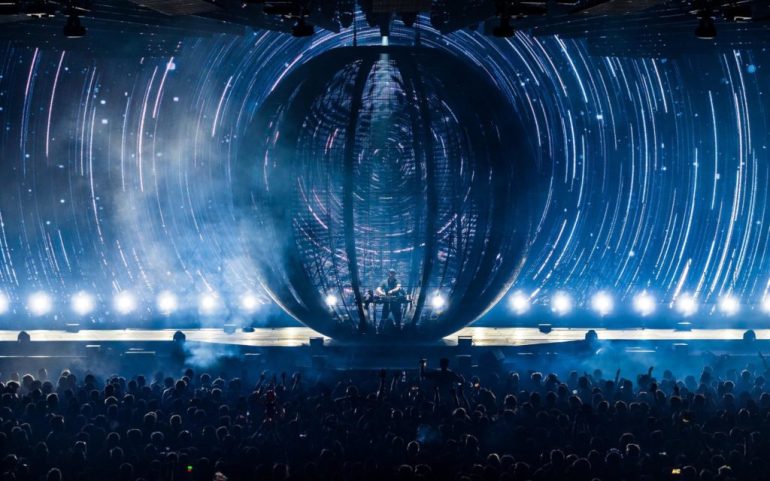 Eric Prydz to bring HOLOSPHERE show on tour in 2020

Eric Prydz performs inside a sphere showing holograms creating a unique visual feeling from the crowd.

If you’re new to HOLOSPHERE or you have never heard about, here it is a small description. HOLOSPHERE debuted as unique exclusive shows for Tomorrowland 2019; the show, produced by Eric Prydz, has been an evolution of EPIC and HOLO, the two Prydz’ flagship shows. If HOLO, as the name suggested, has been based on holographic visuals displayed on a cubic led-packed structure built around Eric Prydz DJ both, the concept of HOLOSPHERE is more or less the same, with a small difference. Again, as the name suggests, instead of a cube, Eric Prydz performed inside a sphere creating a unique visual feeling from the crowd. An interesting article has been published on The Verge, explaining in depth how the HOLOSPHERE show works.

Now, with a teasing video that doesn’t let space to interpretation, Eric Prydz announced his return with the show in 2020. The video ends with LIMITED SHOWS written and, the first rumors about the possible festivals or venues hosting it have already popped out.

At the moment, there’s not an official calendar neither official announcements by the festivals. In our opinion, a possible location for such shows could be London as Eric Prydz has brought multiple EPIC and HOLO parties in the city. Miami Music Week is less than two months ahead and, last year, an Eric Prydz party was scheduled for the week. A HOLO show has been delivered also at New York City Expo some weeks ago. Tomorrowland will release its complete lineup in about an hour so, it’s almost time to find out if and which weekend will HOLOSPHERE come to the Belgian festival for the 2020 edition, The Reflection of Love.