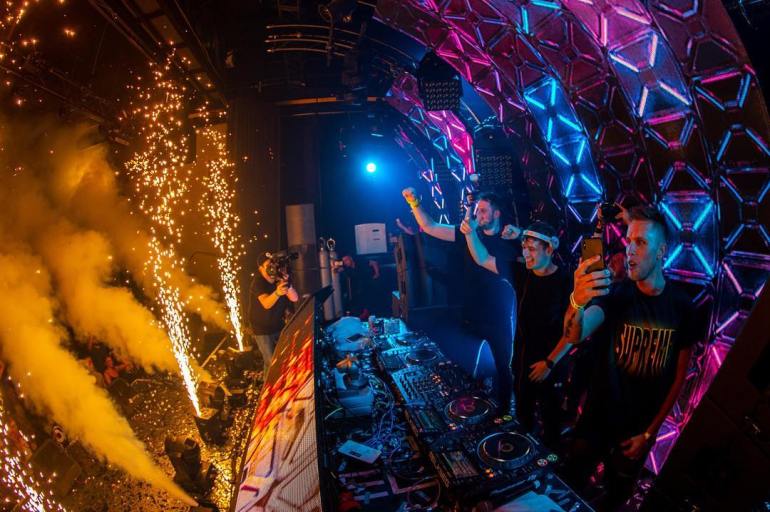 Amsterdam Dance Event has kicked off with one of the craziest first days in years. Amsterdam is already packed with people from all around the world and with parties by D.O.D, Dannic, Nicky Romero, STMPD showcase, and more, Day 1 has been closed with the boom.

We, at The Groove Cartel, have joined Mr. Nicky Romero for the annual Protocol ADE showcase at Melkweg. Every year, Nicky invites the full Protocol roster and a couple of friends for one of the biggest and coolest label parties of ADE.

The line-up counted more than 15 artists in two stages. In the main room has been deployed a giant curved led wall in front and behind the console and the VIP overhead area was a ledwall covered as well.

Almost the entire event was live streamed and you can find below the video and only audio set below, both on Facebook and Mixcloud.


Besides the already announced line-up, Protocol showcase in Amsterdam is famous for the Nicky Romero & Friends console slot where, every year, one or more famous DJs join Nicky on stage for an exclusive (and super fun) b2b. During the last years, Nicky has welcomed names from the lights of Sunnery James and Ryan Marciano, Fedde Le Grand, Armin Van Buuren and tons more.

This year has been the time of, not one, not two but three DJs; we’re talking about the worldwide famous duo, W&W and, the number #1 DJ in the world according to DJ Mag, Mr. Martin Garrix. The four have played a special b2b2b2b set for almost 2 hours delivering nothing but the best electronic dance music but being careful about dropping some new IDs. Late during the night, also Lucas and Steve joined the party taking the controls of Protocol spaceship.

The second stage, instead, has seen the most promising talent of the scene behind the decks. It has been renamed the Protocol Lab Stage and it has a configuration similar to a boiler room, with the console surrounded by the crowd.

What else to say? The party was absolutely stunning and we want to thank Nicky and all the Protocol family for another unbelievable experience. You can atill re-live the night by checking below.