Matisse & Sadko to host the best party at ADE 2019

Amsterdam Dance Event program is full of amazing parties but, with its impressive line-up, Matisse & Sadko event is above all. 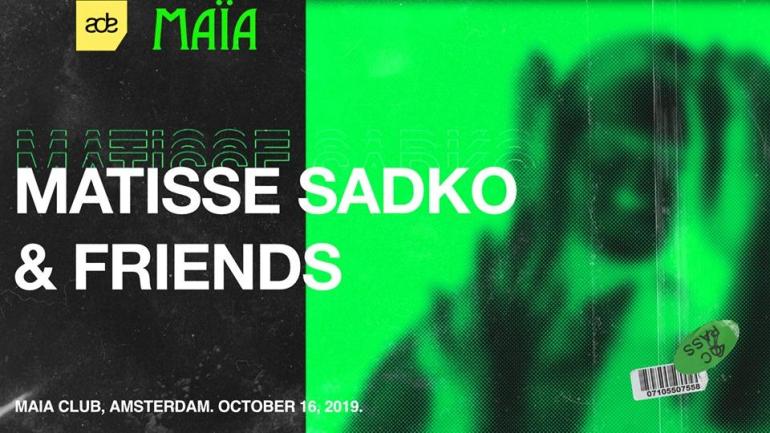 Matisse & Sadko will join Amsterdam Dance Event with their own party including a stellar lineup featuring Arty, Shapov, Quentyn and more.

On Wednesday 16th of October, Maia club will welcome Matisse & Sadko and Friends for a special ADE showcase. The Russian duo has invited an incredible number of high-acclaimed DJ and producers delivering one of the best lineups in Amsterdam so far. Matisse & Sadko will be bringing an international line-up, unexpected b2b sets, a surprise guest and limited edition merchandise.

Kicking off with the fellow countryman Arty. Matisse & Sadko announced Shapov, Sem Vox, and DubVision. It would be already a massive lineup for the progressive and main room house lovers but, the big names are only at the beginning. Quentyn will also join the Russian duo; the Volt & State former member marks is debut as a solo act, this Autumn at ADE. This could be one of the very few occasion fans could enjoy his new project, which has released incredible tunes in the past months.

The last announcement of the lineup was Magnificence, anther incredible addition to an already perfect night.


As wrote by Matisse & Sadko themselves, if you thought that announcements were finished, you were wrong. The lineup now includes Aspyer who has recently released on STMPD with the duo and, drum roll, Dimitri Vangelis & Wyman; the “Playback” duo is finally back at ADE for, we are sure it will be, another epic night.

Tomorrowland to return to Brazil in 2023

Expect a lot of groove, electro, progressive and main room house for a memorable night in the heart of Amsterdam. If you want to check our full Amsterdam Dance Event 2019 guide, follow this link.