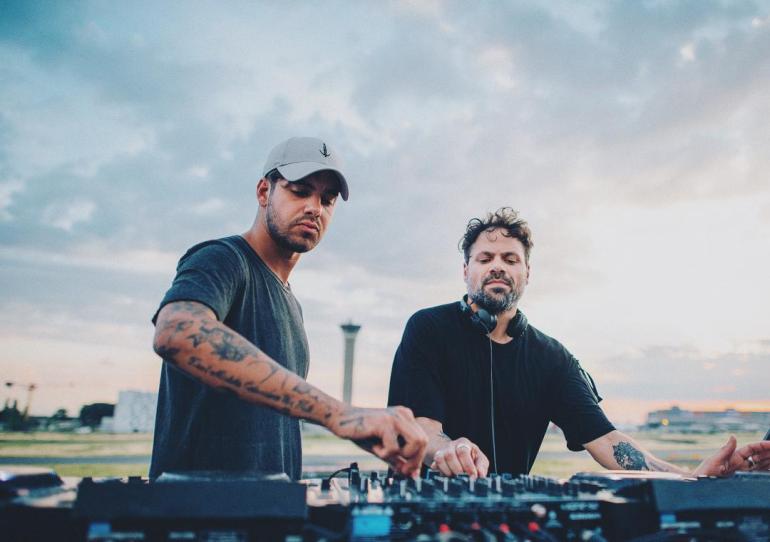 Cercle invited the worldwide famous Italian DJ and producer duo, Tale Of Us, at Paris-Charles de Gaulle Airport for a special sunset performance.

For the ones who don’t know, Cercle is a French live stream media dedicated to promoting artists & venues. They film and broadcast DJ sets & live performances on Facebook in carefully selected and unusual places. The strength of Cercle is, despite the incredible artists proposed weekly for the event, the mind-blowing, stunning and unbelievable locations where these events took place. From the best monuments (Kolsh on the Eiffel Tower) to the most unusual places (Stimming at Phare de Cordouan), Circle every week delivers a crazy experience.

Cercle invited Tale Of Us at Paris-Charles de Gaulle Airport for a sunset DJ-set.

This week was the turn of Tale Of Us, one of the main pillar of underground music worldwide thanks also their imprint Afterlife and their incredible shows (their music will be the soundtrack of the next GTA V DLC). Circle invited the duo to play in the middle of Paris-Charles de Gaulle Airport, Paris, at the sunrise. You may rapidly imagine how the performance turns into magic. The duo has played for almost an hour and a half delivering a huge number of IDs and new records. One of all it’s, for sure, what seems to be their remix for Mathame ‘Nothing Around Us’. Despite the fact that 1001tracklists says that the remix was actually premiered that evening, this version of ‘Nothing Around Us’ was also played during their set at offsonar in Barcellona (Tale Of Us 24hrs for ADE).

Circle, only some hours ago, has uploaded the full performance, which also includes an interview to the duo at the end, on their youtube channel. You can check the integral video below and if you want to rapidly forward to the amazing remix, it starts at around at 1:21:00.