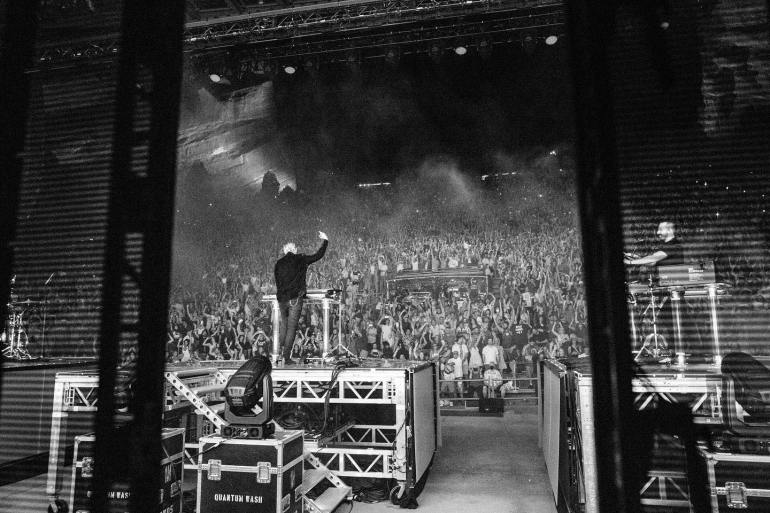 Ahed of the release of their upcoming new album, RÜFÜS DU SOL present new music during their performance at Red Rocks Amphitheatrum.

The legendary electronic music trio performed a very special set last night at the Red Rocks Amphitheatrum where they presented new music as well as a new stage set up. The show is part of their tour, which will see the trio performing in the United States with stops in Los Angeles, Miami, San Francisco, Las Vegas and more.

Cassian and Monolink opened the night setting the path for an incredible journey. Fans have received the performance, as well as the two new IDs, in a super positive way:

The show last night was incredible. The venue was magic. Perfect weather and sky. Cassian opened and killed it. Monolink was great. And then the boys came out and the place went nuts! You could tell they had been working hard on this performance and towards the end, you could see the joy as they realized they had just nailed it!

New music, first show back, red rocks- this will go down in the history books! – an user about the show

The show was preceded by the releases of two new singles, with the first one, Alive marking the return of RÜFÜS DU SOL after a 3-year hiatus. Next To Me, released a couple of days ago, is also available and it has been played during Red Rocks performance as well.