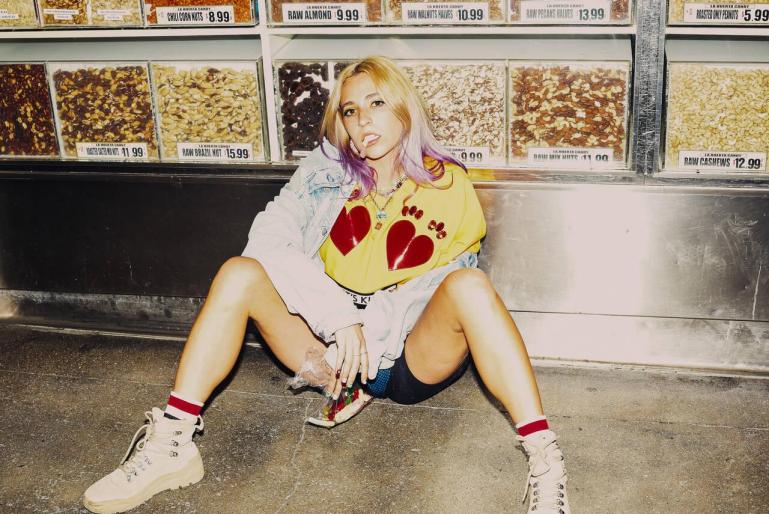 PENNYWILD, a queer, LA-based artist who has directed music videos for artists like Zedd and RL GRIME, choreographed shows at The Hollywood Bowl and Lollapalooza, performed on Broadway in West Side Story, and toured internationally with the musical, continues to move the needle in the entertainment industry as a triple-threat artist.

She has established her presence in the dance music scene both on the stage and in the studio, making waves as an exceptional DJ who has taken the stage at festivals such as Coachella, SXSW, Splash House, Lightning in a Bottle, and more. PENNYWILD has continued to tell memorable stories through her original music since her debut EP release MIDI In Motion via Dome of Doom last year, and the next chapter is underway: NIGHT PEOPLE is PENNYWILD’s sophomore EP due November 5 on Popgang Records, and audiences have already had a delectable taste of this release.

Drag has been a major part of my life since I was a teenager sneaking into Manhattan’s LIPS. I loved escaping into a world where beautiful women paraded around a stage, possessing an unabashed confidence I never could access myself. It’s no wonder the sonic landscape of the drag/ ball community slipped into my productions early on. This track is the soundtrack to my sacred queer haven, and it happens to be narrated by my best friends. – PENNYWILD

Following the critical acclaim of her latest single “SIDE STREETS” from the EP, PENNYWILD unveils another spectacular cut: “DOLLARS, DOLLS, DRUGS” (download) is the second single off NIGHT PEOPLE, a love letter to underground drag, rave, ball, and club culture. The infectiously upbeat queer anthem serves as a slice-of-life look inside the wonders of authentic, sacred nightlife performance spaces, narrated by some of New York City’s most influential drag mugs.

In addition to “DOLLARS, DOLLS, DRUGS,” PENNYWILD teamed up with Quasar Media and Alright Productions to release a print NIGHT PEOPLE Zine, which is now available for pre-order through Alright Productions. The Zine showcases stills and interactive/mixed media captured throughout one week of galavanting across Los Angeles nightspots, returning to the scene once left behind pre-Covid, and features some of the artists’ favorite LA style icons, drag queens, and musicians.